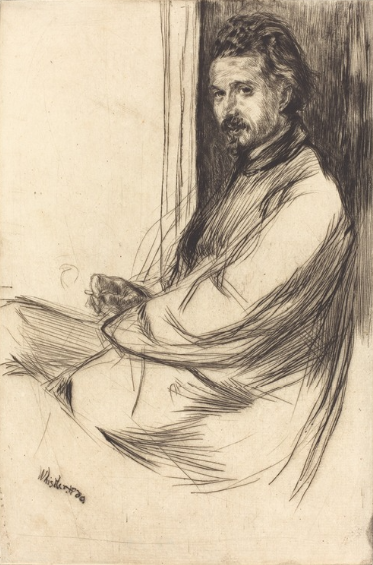 Is a Russian painter, naturalized French in 1878.
The eldest son of the Jewish writer Israel Aksenfeld, he had a brother the following year of his birth who was a doctor, Alexander Axenfeld (1825-1876).
In his early years, he painted portraits, then later landscapes, genre paintings and religious scenes. When he arrived in Paris, he frequented the studio of Léon Cogniet around 18553. In 1855, James Abbott McNeill Whistler (1834-1903) arrived in Paris. Axenfeld and Whistler became friends and Whistler painted Henry Aksenfeld's portrait in 1864.
In 1859, he worked with several artists on the decoration of the staff room of the Hôpital de la Charité in Paris, partially reconstructed in the museum of the Assistance publique - Hôpitaux de Paris.
He wrote articles in various magazines such as l'Art, a weekly illustrated magazine, or in L'Illustration. He wrote a book on the great painters of Italy, Leonardo da Vinci, Michelangelo, Raphael, which was published in Paris in 1871.