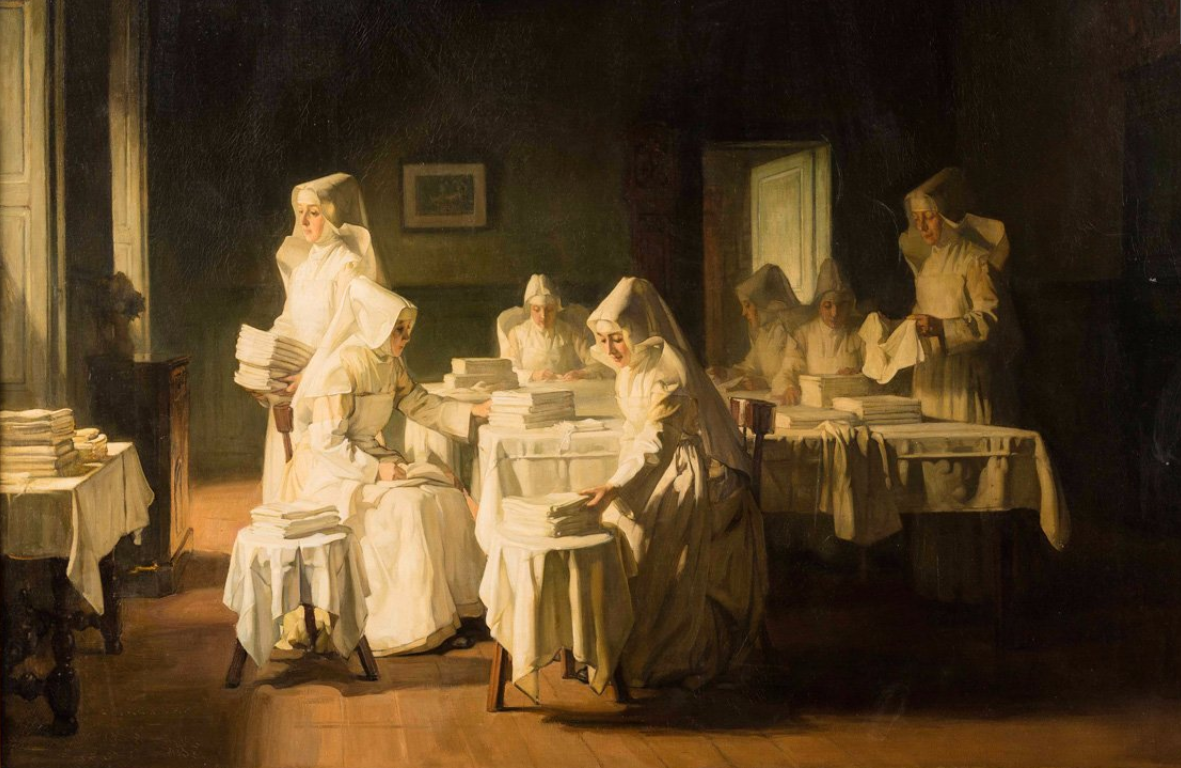 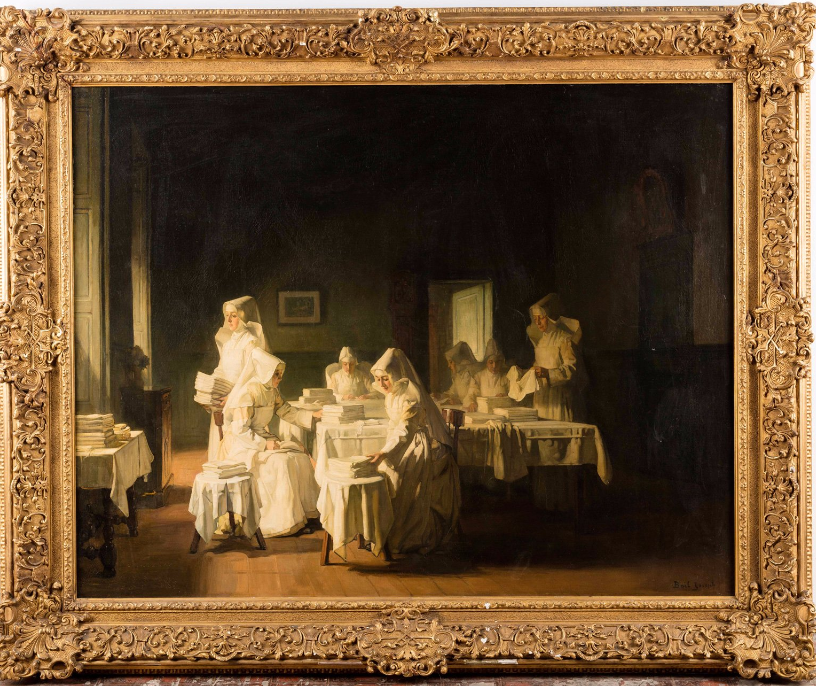 This painting of the nuns at the Hôtel Dieu de Beaune is part of the series of interior scenes he painted following his visit to the Hospices de Beaune in 1902. He represented different situations in the hospital, and when he exhibited these at the 1903 Salon, Bail was at the pinnacle of his artistic career. He had received a Medal of Honor at the Salon of 1902 and, most importantly, he was the recipient of a gold medal at the World's Fair of 1900. The fact that these paintings were widely applauded in the press in 1903 marked the public acceptance of a series of large-scale compositions dedicated to the works of the Sisters of Charity further demonstrating the way in which Bail's paintings were affecting a large public audience.

By 1902/1903 this painting reflected deepening maturity as he had moved beyond his popular scenes of cooks, and women preparing meals, inspired by Chardin to center on the ways in which the Sisters of Charity at Beaune carried out their daily activities. Whether the sisters of charity in Beaune commissioned Bail's paintings remains uncertain; this work does enlarge upon the theme of sanctification. Here, a type of spiritual light emanates from the clothing and placement of the nuns in the room. It enhances the spiritual qualities of the work. Through this work, Bail was able to articulate the importance of these sisters of charity, their holy mission on earth.

With this work Bail could no longer be seen as a painter of commonplace themes. He was using his ability to work with realist themes to create a new spiritual aura in his compositions that were destined to reach a large public audience. At the same time, he was continuing to use his deeply held faith in religion to forge compositions that understood the past as a basis for reaching an audience in the emerging twentieth century.

This painting was exhibited in the French pavilions during the world fair of 1913 in Gent.