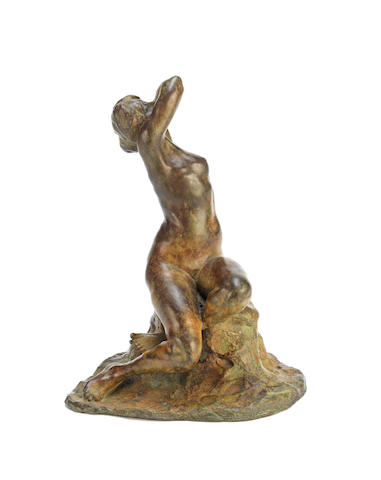 Gabrielle-Jeanne Brichard was a French sculptor born towards the end of the XIXᵉ century in Nantes. She was a member of the Société du Salon des Artistes Français, from which she received an honourable mention in 1908. There she presented a particularly sensual Andromeda, which was later published by Susse frères and met with great success.
At the 1913 Salon she presented a bust. She continued to exhibit at the Salon, but from 1920 to 1922 under the name Bedell-Brichard.
In addition to the statue of Andromeda, over the years she presented a nude bather on a rock, a nude young boy, an apple seller and a nude young couple.