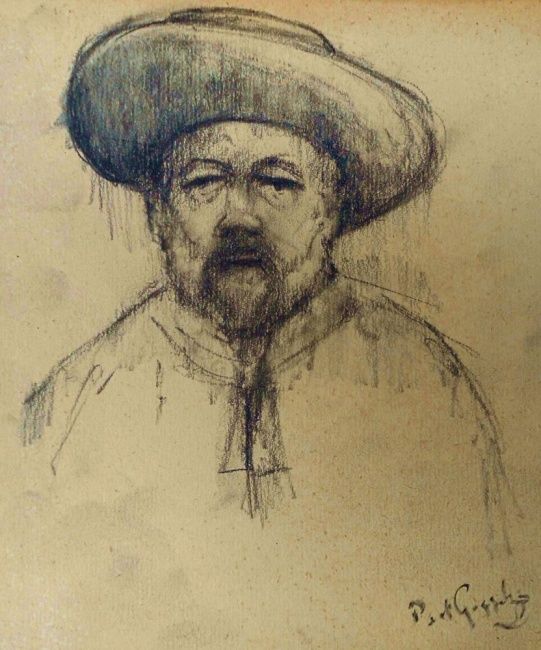 Aloïs Boudry was a Belgian painter, known for his portraits, still lives, interiors, depictions of fishermen and people in their environment.

He first studied at the academy in Ypres, then in Roeselare and finally at the academy of Antwerp. In 1885, he joined "Als ik Kan" (If I can), an Antwerp association of visual artists who worked in the traditional manner. He participated in the 1910 World Fair in Brussels. At the outbreak of the First World War in 1914, he emigrated to Great Britain, where he became known as a portraitist. He stayed in Italy in 1917.

He sought his subjects mainly in poor neighbourhoods. Many of his paintings deal with the life of the fishermen in Nieuwpoort.

One can find his works in the museums of Antwerp, Kortrijk and in the National Fishery Museum of Oostduinkerke.