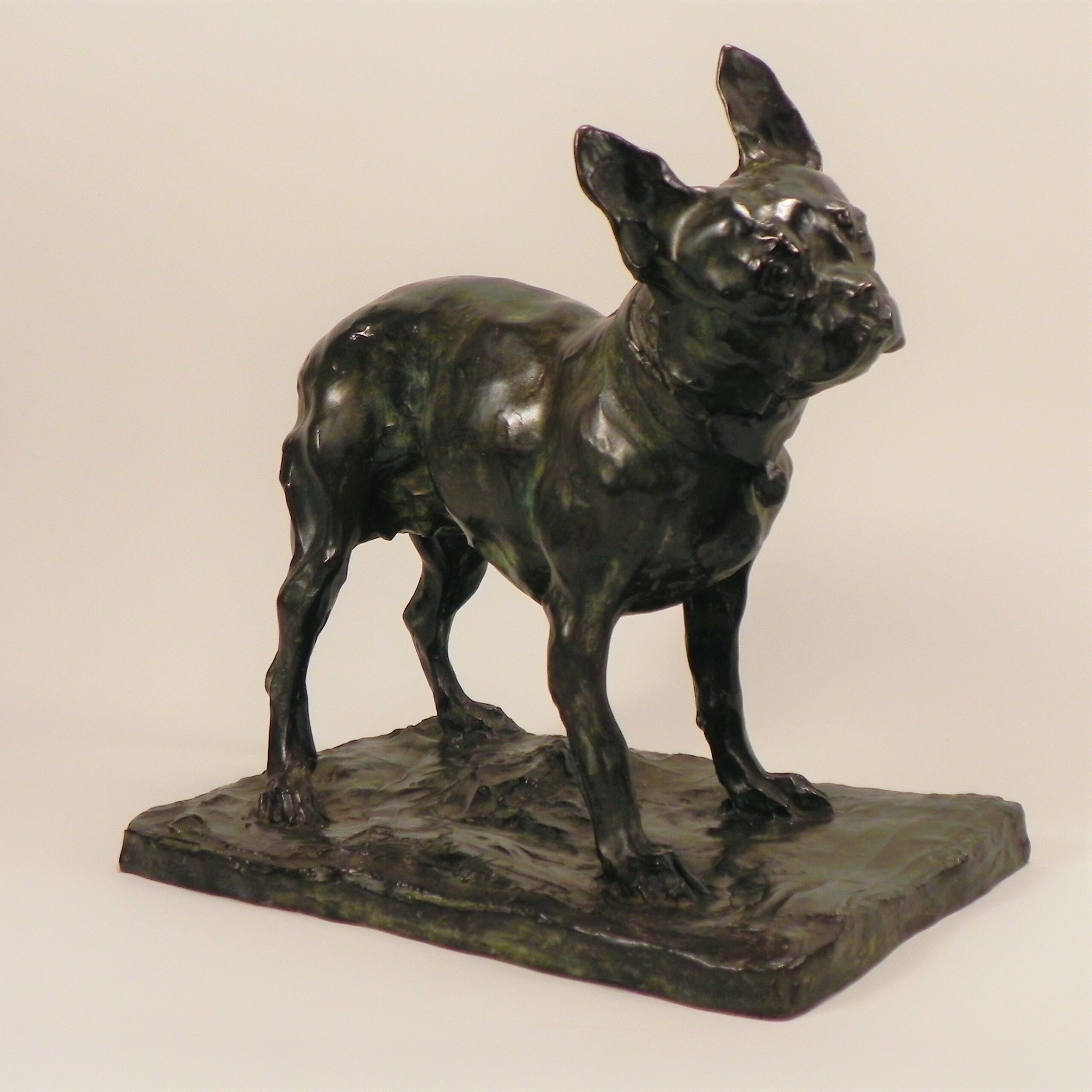 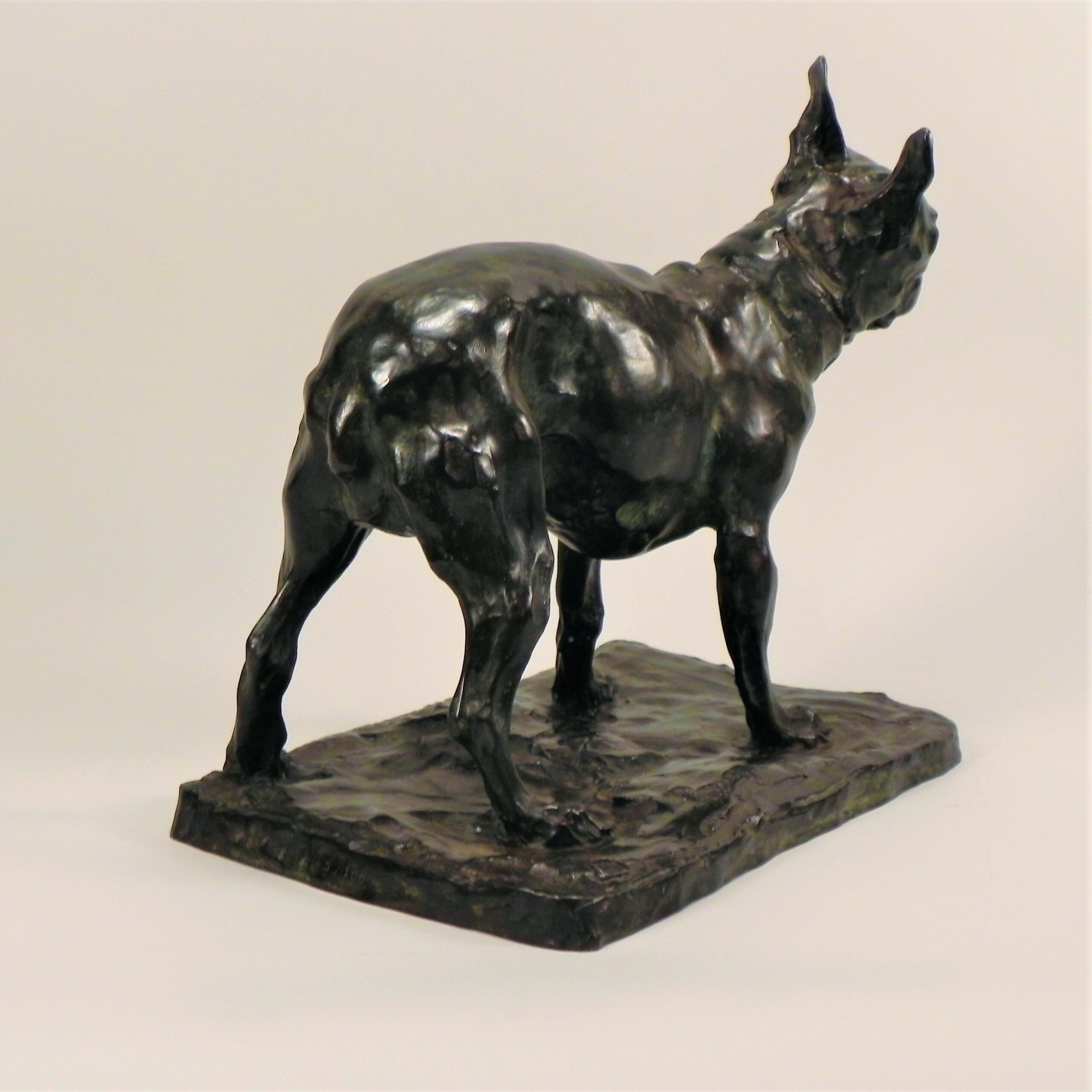 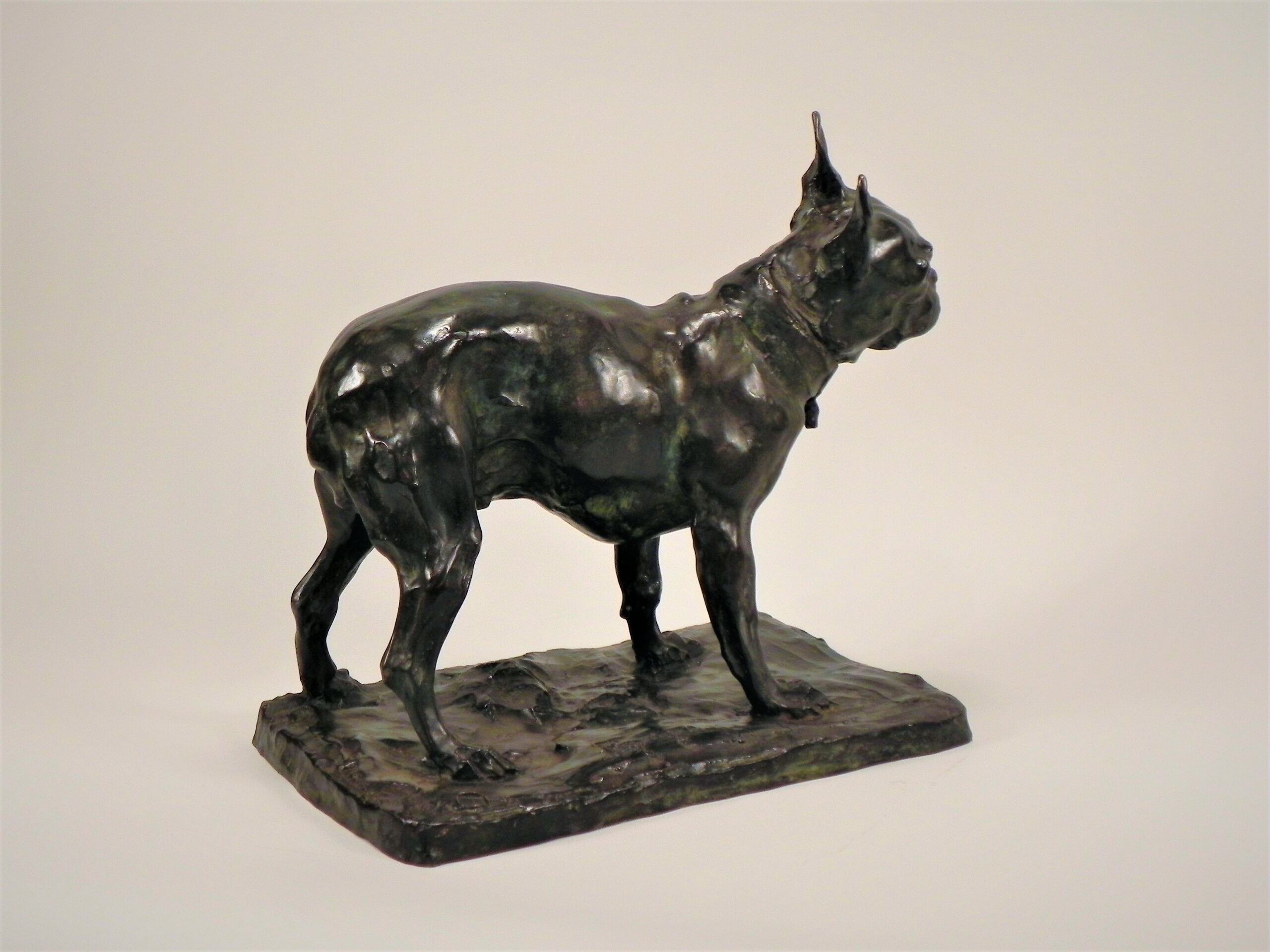 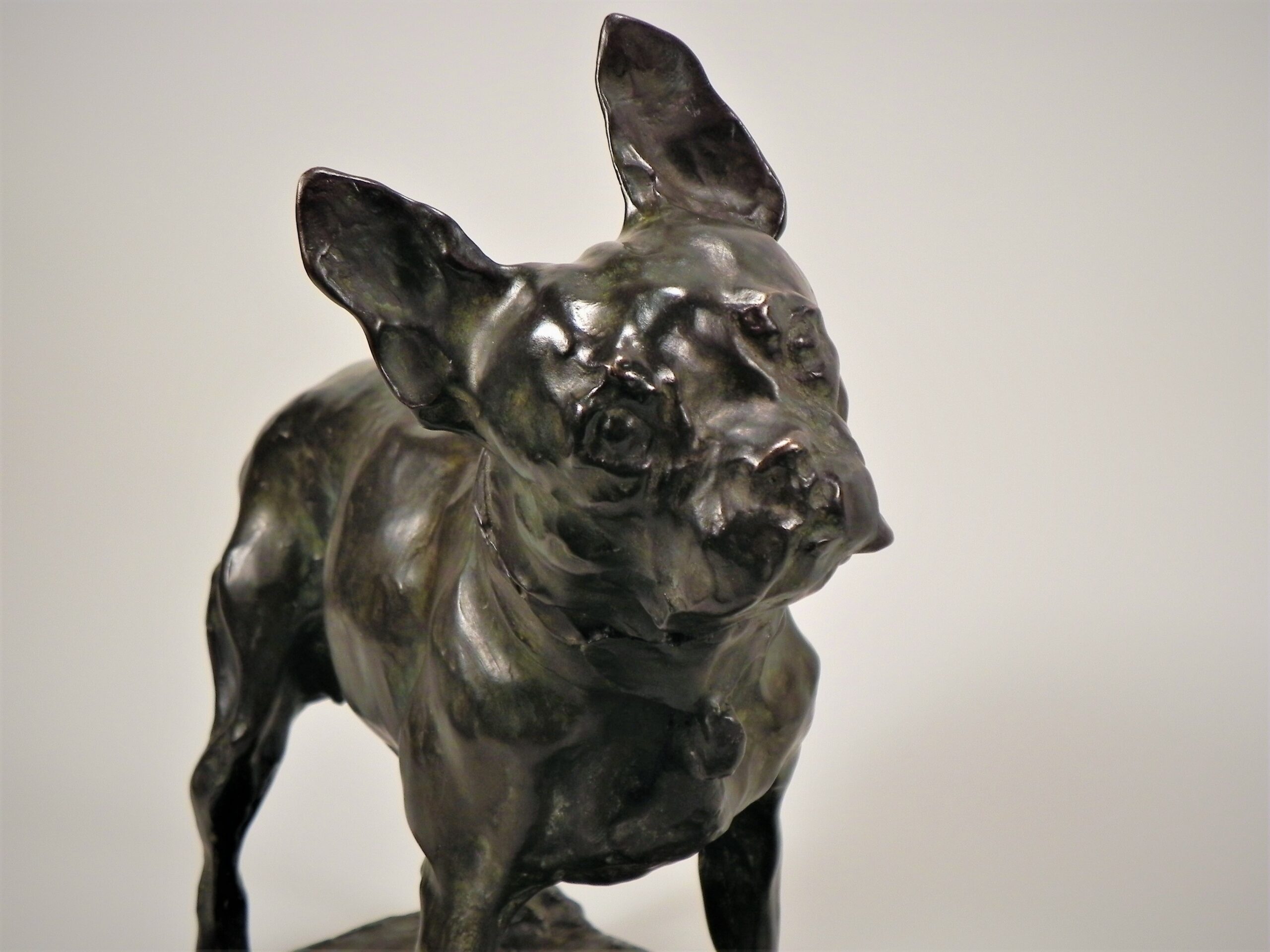 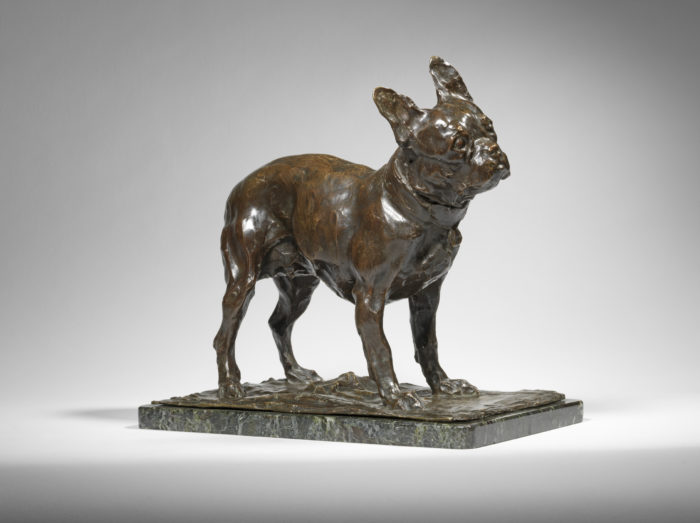 In 1905, Rembrandt Bugatti took his mother's French Bulldog as a model and created this lively sculpture, with the dog bending its head and seemingly questioning the observer with its gaze. The original statue was cast by the Hebrard foundry in 1905. This re-edition is based on copy n°2 of the large model, of which only 3 copies are known to date.

Another smaller model of the French bulldog was also produced in 1905 edited the several dozen copies, in a smaller format, i.e. 14 x 13 x 8 cm.
This bronze art cast in lost wax is numbered 1/8 and bears the foundry mark of Buysse. It has a dark brown patina with green reflections