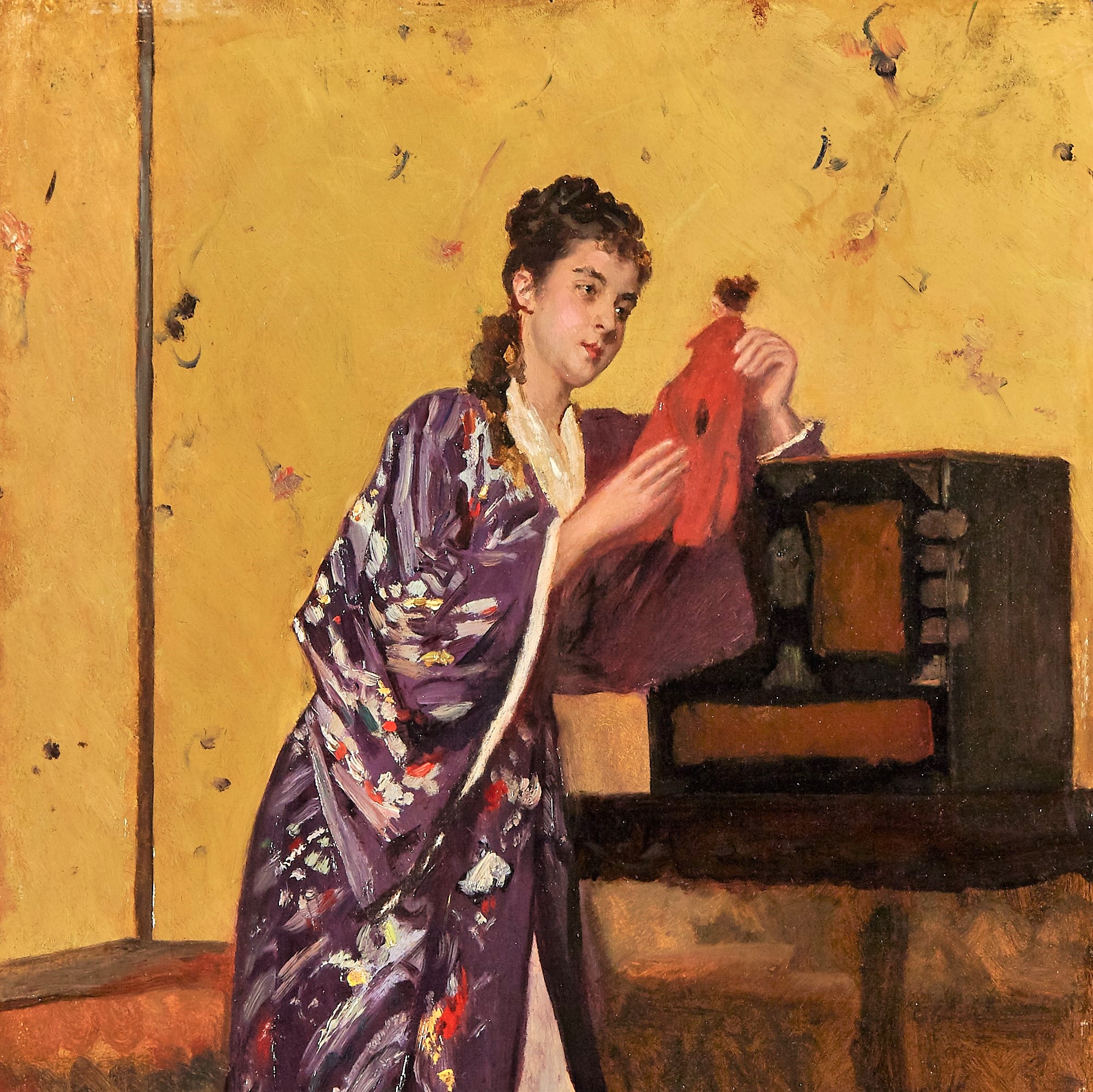 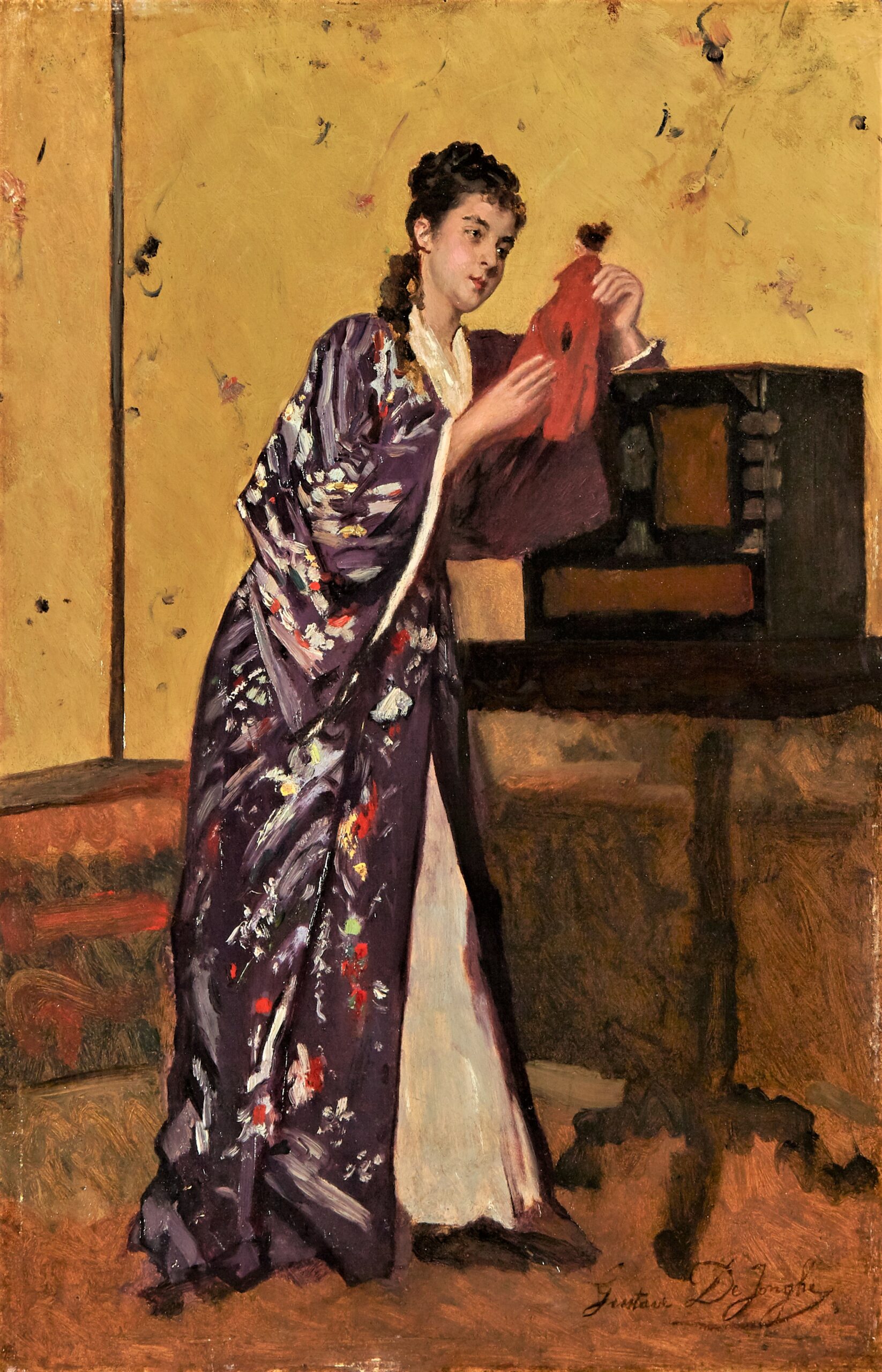 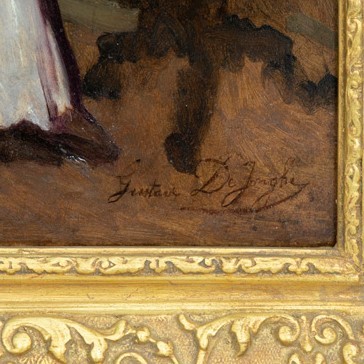 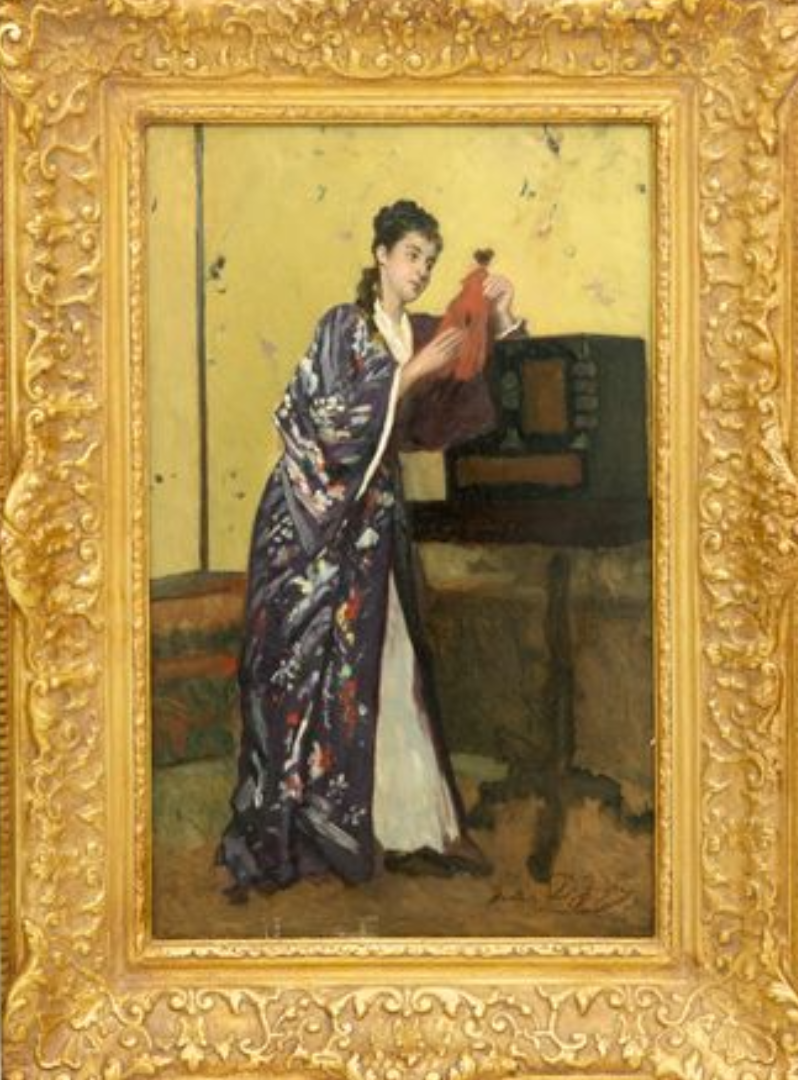 "The world of refinement of Gustave De Jonghe" .... An interior scene as Gustave De Jonghe liked them. After his arrival in Paris in 1855, he made this his speciality. For the next thirty years, he exhibited works of this type at the Parisian salons, which met with great success, easily finding a clientele in the heart of the rising upper middle class, who appreciated his tastefully arranged decorations, but also the discreetly teasing atmosphere of his scenes.... A career that saw him painting mainly portraits typical of his time, illustrating the modern life of women in the French capital. His work places him in the tradition of another Belgian painter, a friend of the Impressionists, Alfred Stevens.