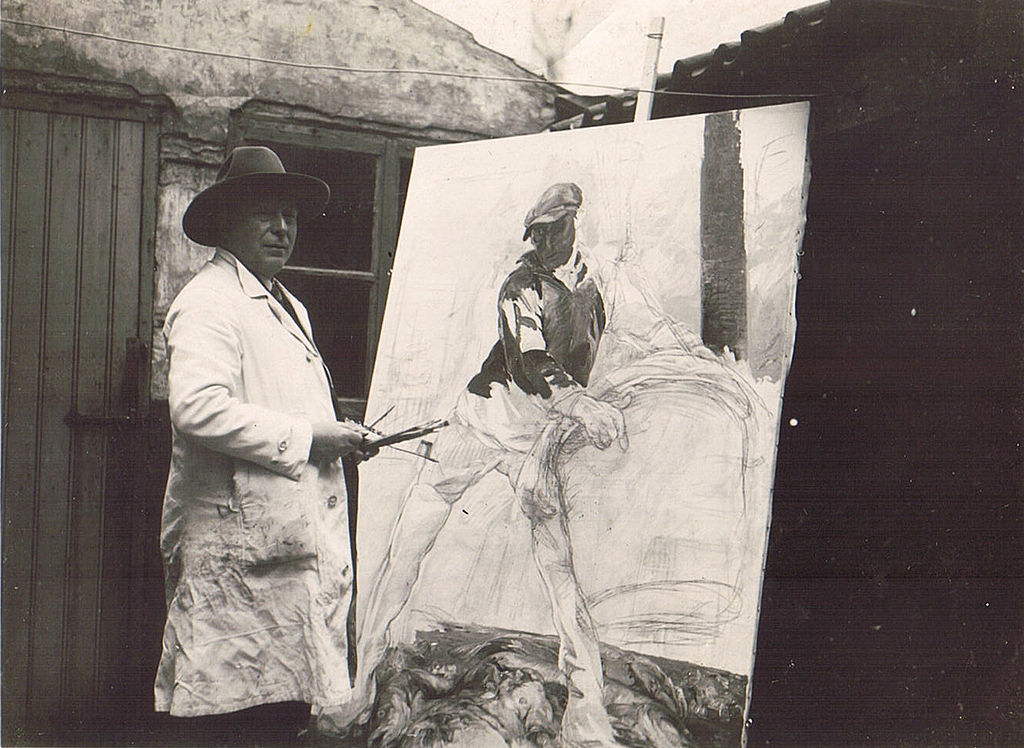 At the age of 14, Edmond already obtained a first prize in decorative drawing at the Niveliness School. Afterwards, he enrolled at the "Royal Academy of Drawing, Sculpture and Architecture of the City of Ghent", as it was called at the time, he left this institution in 1898 as a laureate, receiving the gold medal and a premium of three thousand francs. With this money, at that time a small fortune, Edmond De Maertelaere went to Paris and perfected his skills for two years at the Académie Julian, under the direction of Jean-Paul Laurens, where he had among others Paul Gauguin as a classmate. It also enabled him to travel to Florence, Rome, Vienna and Munich to study the work of the great masters. In Pont-Aven, Brittany, he found an ideal artistic climate.

After the Paris period, Edmond De Maertelaere settled in the St. Elisabethbegijnhof in Ghent and continued to live there all his life in the spacious building at number 11 in the Sophie Van Akenstraat. Once appointed as a teacher at the Ghent Academy, he showed remarkable restraint. He participated neither in large official collective nor in local collective exhibitions. His consequent independent character on the one hand worked against the spread of his name, but on the other hand had the advantage that his drawings, watercolours, gouaches, pastels and paintings were appreciated and bought by a connoisseur public.

Edmond De Maertelaere loved Ostend very much and stayed there often. For his time, this artist was a well-travelled man who often worked and exhibited abroad. He visited Germany, England, France, Italy, the Netherlands, Austria, Spain and Switzerland on several occasions. In 1927 he married Augusta Van Acker. She was his pupil and the daughter of a florist from Lochristie.

De Maertelaere was active both as a painter and a draughtsman, he was skilled in various genres and subjects:

Besides all this, he also designed numerous posters for e.g. the Floralies of Ghent, stained-glass windows for churches including the church of Erwetegem, illustrated books,[4][5] painted works to order such as a sousbois with float from the park of Leeuwergem Castle, painted numerous murals including a nine-part series of Swiss views in "Den grooten Vos" in Rodenbachstraat in Ghent.

Edmond De Maertelaere belonged to that generation of artists, most of whom were pushed into the background by the rising expressionism between the two world wars. The poetic realism, here and there influenced by symbolism, was no longer grounded in an atmosphere of expression and ideoplastic form language. De Maertelaere received numerous awards, first prizes and other official recognition at home and abroad. His work is included in the museums of Ghent, (including the Museum of Fine Arts) Sao Polo, Rio De Janeiro, Texas, Vienna, Stockholm and in numerous private collections.