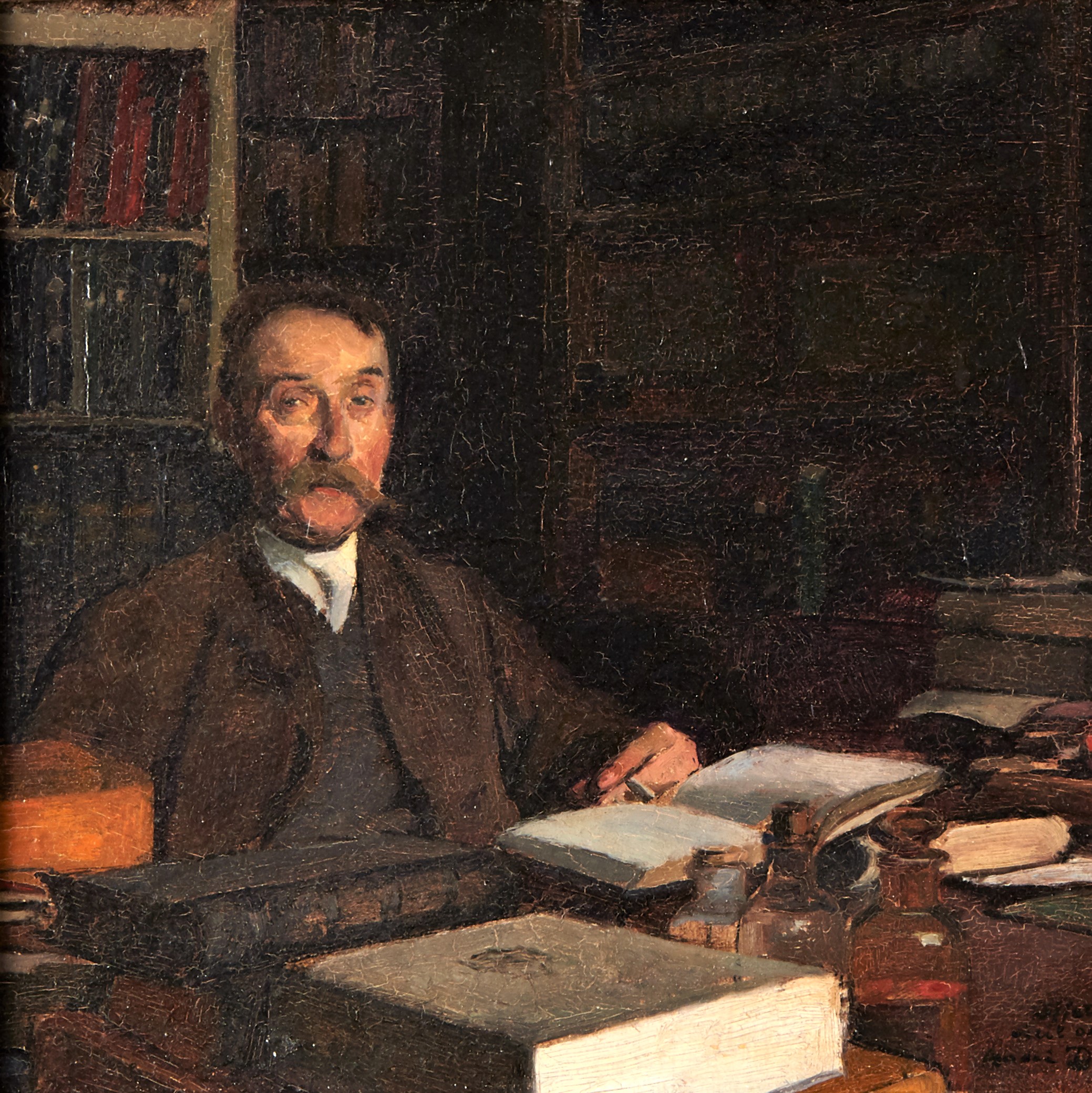 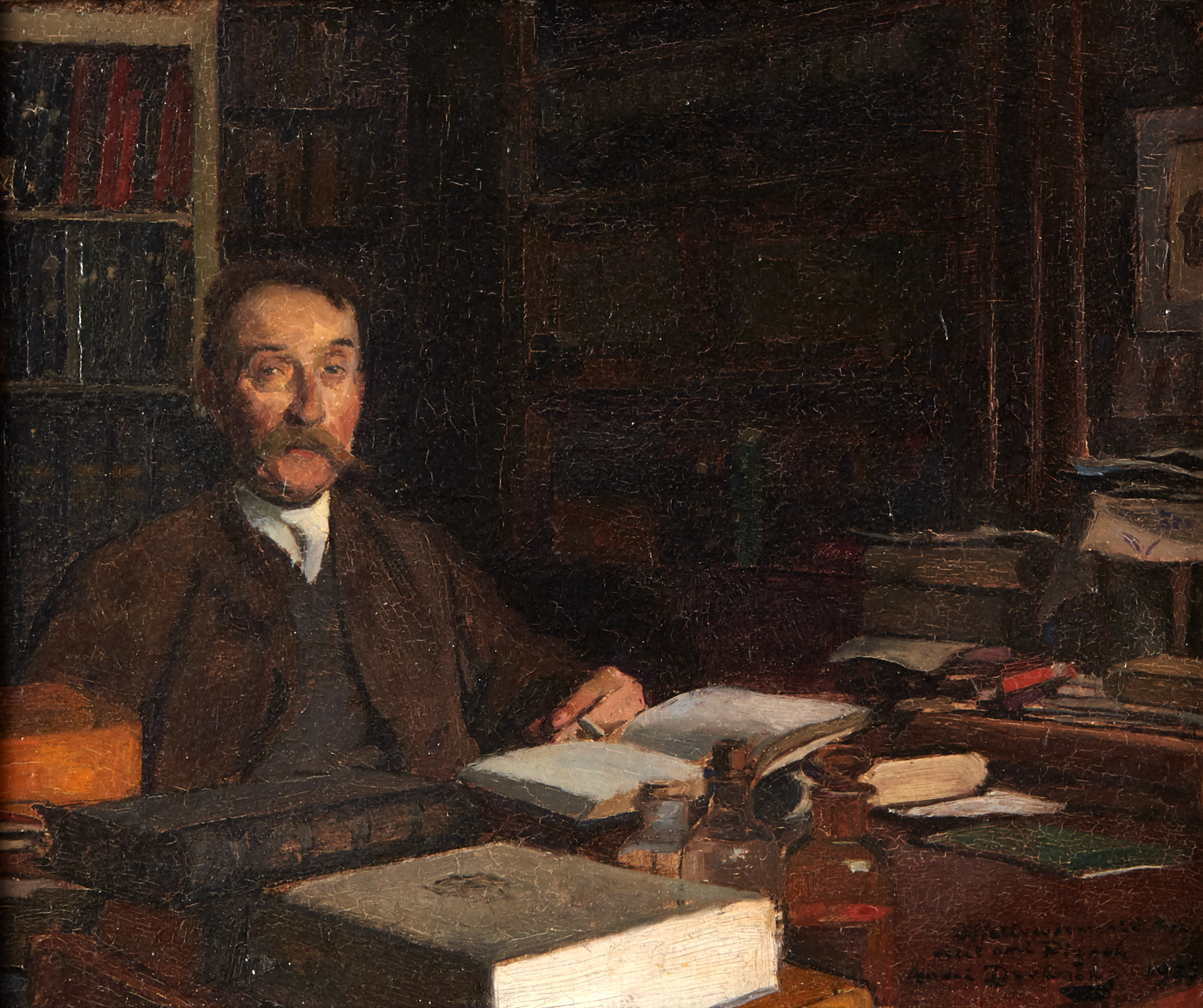 A very nice and personal portait of Doctor Pignol, dedicated by the artist and dated 1927. Doctor Pignol was the head of "les hopitaux de Paris" and the Doctor who treated André Devambez after he got injured in the first World War. During this war Pignol was Chief Medical Officer of a Military Hospital in Corbeil. Because of his war injuries Devambez was no longer capable to stand up for a longer time and thus work on larger scale paintings as of 1915. This is an example of how Devambez continued to create impactful paintings, whilst working on a small scale.