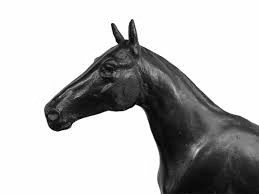 Alfred Dubucand was a French animalier sculptor who worked in the mid-to-late 19th century. Some sources claim that he was a pupil of Antoine-Louis Barye.

His works were often juried into the annual Salon art exhibition in Paris where he contributed works over the course of his career until 1883. Dubucand made his debut at the 1867 Salon with a wax model of a dead pheasant.

He modelled mainly animal groups, producing a number of deer, dog, and horse sculptures. His better casts feature a warm, mid-brown patination, sometimes coming in even lighter shades bordering on a very light yellow, being nearly the colour of the bronze metal itself. Dubucand's bronze animal subjects, all of great realism, have the reputation of being very finely chiselled.

Dubucand paid strict attention to the anatomical detail of his subjects, often being so concise that he actually showed the veins in the legs of his deer and elk sculptures. Realism was certainly one of his strong points as a sculptor of animals. His animals never appear "frozen" and he was able to portray each animal's natural movements and stances.

He created his original work in wax or clay and then would cast his pieces in bronze in the lost wax casting method, although some of his work was completed using the sand casting method. Many of his orientalist sculptures feature North African scenes portraying Arab tribesmen and nomads aboard horses and camels. He was awarded a medal at the Salon in 1879 for his Persian Cheetah Hunter. If Dubucand's works sometimes depict human characters, often of orientalist inspiration, they are always accompanied by animals.