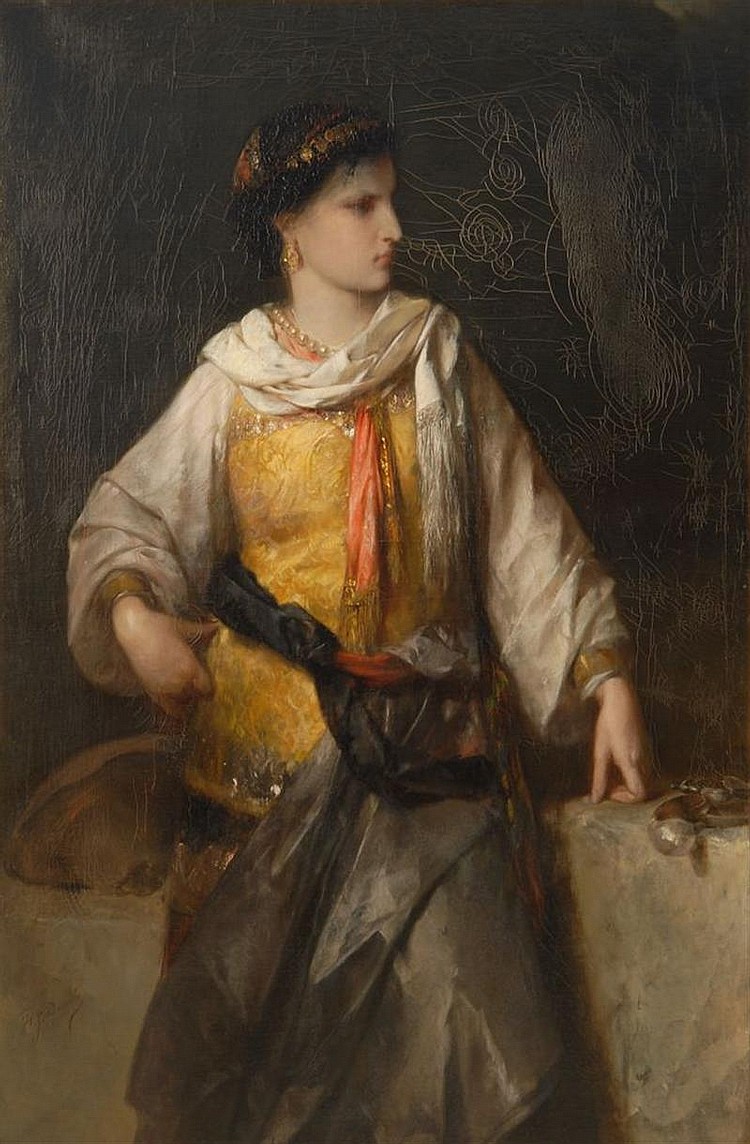 Other than the dates of birth and death and that he was active between 1833 and 1870s very little is known about the talented but now nearly forgotten painter. He studied under Jean-François Navez at the Royal academy of fine arts in Brussels. He was an engraver and painter of historical and genre scenes. In his paintings one often feels a classical style of painting, yet executed with a personal twist. Sometimes a painting is defined by a strong clair-obscur effect, sometimes Duwez paints parts of the canvas with great clarity and detail, leaving other parts hazy, almost sfumato. By thus putting some parts of the scene 'in focus' he creates an almost photographic effect, (not unlike some great masters of photography multiple decades later) which immediately grabs the attention of the viewer. A large painting, Woman with tambourine, is part of the collection of the Rijksmuseum in Amsterdam.