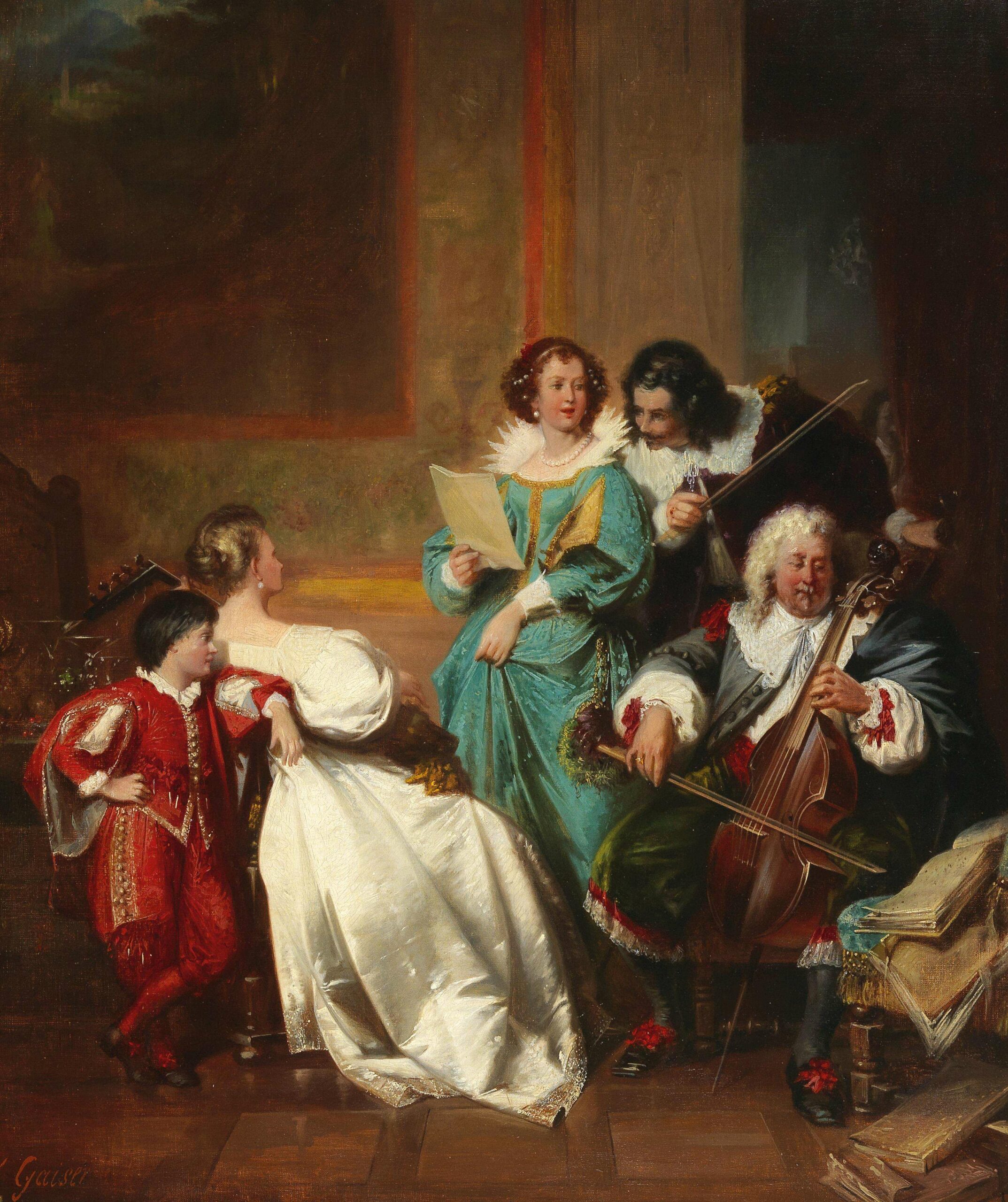 Jakob Emanuel Gaisser (1825 - 1899) was a German genre painter. He is the father of Max Gaisser.
Jakob Emanuel Gaisser received his first painting lessons from his father, a drawing teacher, went on to study at the Augsburg College with Johann Wilhelm Rudolf Geyer (1807-1875) and then at the Munich Academy of Fine Arts with Clemens von Zimmermann (1788-1869) and Julius Schnorr von Carolsfeld (1794-1872).

After his studies Gaisser worked as a teacher at the Feiertags-Fortbildungsschule in Augsburg. In 1863 he came to Munich to devote himself fully to painting. Jakob Emanuel Gaisser created many genre paintings in the style of 17th and 18th century Dutch painting. Many of his works appeared as postcards and in illustrated magazines. His son, Max Gaisser (1857-1922), also became a genre painter.