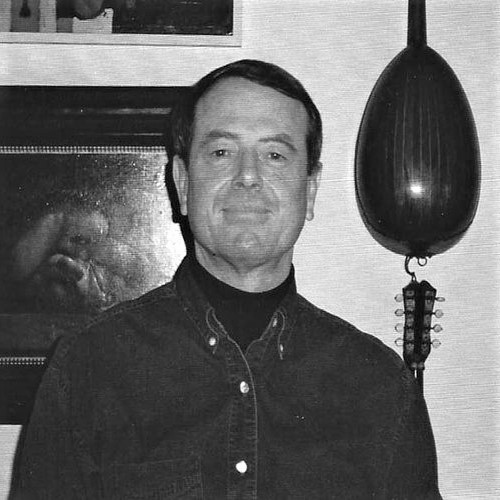 Jean Grimal  is a true 20th century discovery. He was born in the town of Tulle, France. Jean’s family moved to Paris when he was 8 years of age. After receiving a classical French education with studies in Latin and Greek, Jean Grimal entered the University to receive his Baccalaureate. He then attended Claude Barnard School for three years, when he received his Art Degree.  Upon completion Grimal taught art for seven years.  As Grimal’s own interest in formal painting and art began to possess him, the artist’s destiny changed.
In 1967 Jean Grimal stepped aside from teaching and pursued a career in professional painting and working as an illustrator in advertising.  As an advertising illustrator, Grimal worked with Lise Goldfard for more than 25 years at Studio 44 where they collaborated with major and important accounts, such as: Air France, Christofle, Peugeot, Lacoste, to name a few. At the same time he began presenting his formal paintings to galleries in Paris and Cannes, France and in London and Windsor, England.  Much to his surprise, Grimal found that his paintings were sought after by major art galleries and collectors throughout Europe.  After a number of years of being an important and successful art illustrator for these major accounts, he found himself having to choose between the two.  Fortunately for collectors, he chose to dedicate his life to the classical style of painting.  Jean looked at the simplest things in life through a microscope, where he could take the simplest object and depict the age of the fruit or the leaf.
Jean Grimal received great pleasure from his work and painted for over thirty years.  As his style matured and became ever more perfect Jean Grimal truly reached the pinnacle of his career.  The artist’s methods were particularly distinguished when measured against his peers.  Grimal’s painting skill was distinctive and exceptional.
Jean Grimal was known for his realistic trompe l’oeil and still life paintings.  The artist would carefully arrange the objects to form a satisfying composition.  By painting every shadow, highlight, and reflection within each composition Grimal brought mundane subjects to life.  His tight rendering combined with his attention to light and detail allowed him to blur the lines between illusion and reality, truly making his works one of a kind.  Grimal’s trompe l’oeil paintings consist of intricate compositions of cards, envelopes, photographs, paper of different materials and weights, backs of canvases, images of other artists’ works, kitchen utensils, pistols, and more.  Grimal had a talent for mastering these illusions that deceive the eye in his trompe l’oeil paintings.
No matter what genre Grimal was painting, tight, unperceivable brushwork characterizes his work.  The artist painted every crease and crinkle, every shadow and highlight, every detail.  By doing so, he was able to capture each individual surface texture of the objects in his paintings.  Grimal was also fabulous at depicting light in his paintings- often contrasting strong lights with strong darks, creating chiaroscuro modeling.
His still life paintings are reminiscent of Dutch seventeenth century still life’s.  They were first carefully arranged and then painstakingly rendered.  They often consist of fruit, bowls, jars, cups, dinner settings, books, and mandolins.  Like the works of his Dutch predecessors, Grimal made his still life paintings rich by filling the composition and paying close attention to detail, fabrics, and textures.
Jean Grimal was not prolific in production, but quality rather than quantity was his desire.