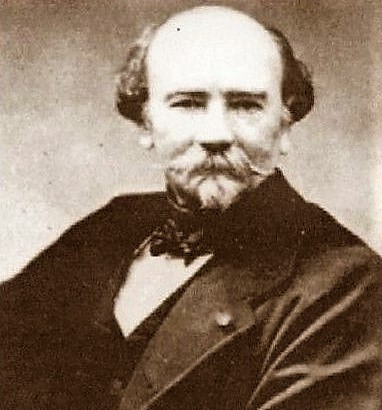 Léon Herbo was born in Belgium and his enigmatic oeuvre would come to comprise portraits, history paintings, genre scenes, and Orientalist themes over the course of his career. Herbo was perhaps most admired in his time as a portrait painter.

He was born in Templeuve (France) on October 7, 1850.  A pupil of Legendre and Stallaert at both the Academies of Tournai and Brussels, Herbo mastered the art of fine detail.  He then continued his studies in France, Germany and Italy before returning to settle in Brussels.  His debut exhibition was in 1875, and he took part in exhibits throughout Europe.  He was a prolific artist and it is believed that he produced over 1200 paintings during his lifetime.

In 1876, Herbo, Julien Dillens and Emile Namur founded L’Essor, the Belgian realist school. L'Essor sought to rebel against the bourgeois and conservative ideology of the Academic establishment in Belgium. The group’s motto was 'Eigen Kunst, Eigen Leven' (‘unique art, unique life’), and they combined art exhibitions with lectures and music performances.  The group’s members were concerned with realism, each of them, however, finding their own style and emphasizing their varied personalities.  The Brussels based group organized annual exhibitions from 1876 – 1881, as well as later exhibitions for its members in Oostende, Antwerp and London.  In 1891, on the occasion of the group’s 15th anniversary, the “Essorians” opened at the Brussels Museum with a historic retrospective exhibition of the works of their founding members; among them were a number of works by Herbo.

Because they lacked a unifying ideology with which to unite the Realists and Avant-garde painters who wished to break away from the Academies, the group ultimately lost members to the newly founded society Les XX in 1883, which would come to be one of the most important artistic societies in Belgian art, after L'Essor’s Salon rejected Ensor's The Oyster Eater because of its impressionist style.

In 1889 Herbo received an Honorable Mention at the Universal Exposition in Paris and was made a Knight of the Order of Leopold. He continued working in Brussels and began teaching at the Academy, where he would soon take over as Director.