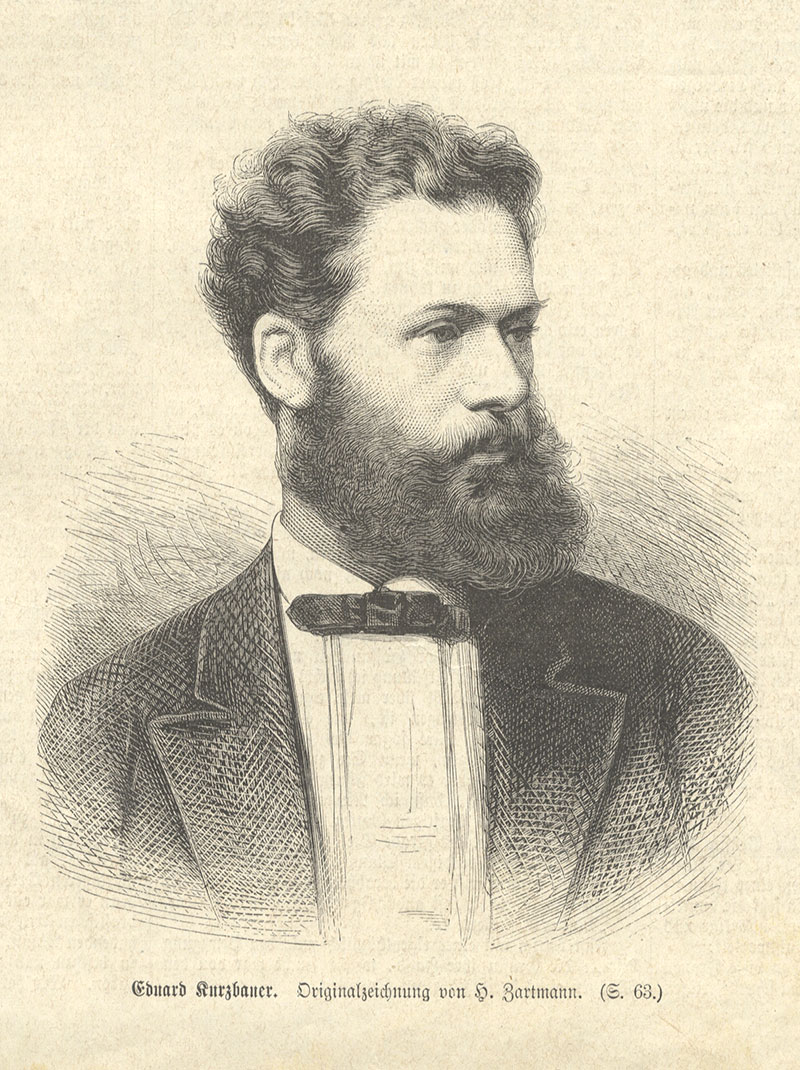 Eduard Kurzbauer was an Austrian painter.

Eduard Kurzbauer entered the lithographic institute of Reiffenstein in Vienna in 1856, but became a pupil at the Vienna Academy in 1857, attended the academy until 1861 and then tried his hand in various fields without any results.
It was not until 1867 that he attracted attention with his painting of a fairy-tale storyteller. Kurzbauer studied at the Royal Academy of Arts in Munich from 30 May 1868. It also opened Piloty's studio to him in 1868 in which he studied for two years before continuing his studies on his own. He achieved his first great success with the figurative genre painting "Die ereilten Flüchtlinge" (in the gallery of the Schloss Belvedere in Vienna, painted in 1870).
Later in his colouring he made considerable progress towards a broader painterly treatment.

Kurzbauer combined a clear eye for what was characteristic about people and situations with a deep understanding of what was artistically exploitable and a mischievous, unsung sense of humour. Even where he depicted human weaknesses and morbid conditions, he knew how to keep the right balance with fine tact. His colour was distinguished favourably by depth and clarity. He died in Munich on 13 January 1879.