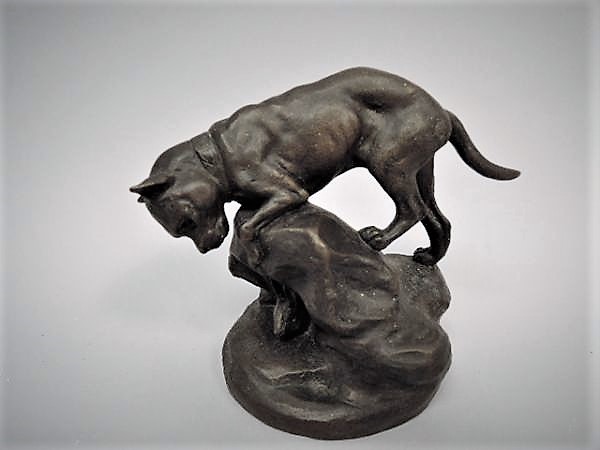 Born and died in Paris. A pupil of Barye, Rouillard and Santiago. He exhibited his animalier sculpture regularly at the Salon from 1867 until 1909. Starting in 1867 with the ‘Indian Tiger Hunt’ in plaster.

His work is often playful and inventive with a certain licence from his mentor, Barye. Casts vary in quality but are often of quite a high standard. Over the years at least fifty-two of his works were exhibited at the Salon by Masson, chiefly of the cat family with titles such as ‘African Leopard defending its Prey’ in 1881, some deer such as ‘Fighting Stags’ in 1883, and horses, one of which is possibly based on Barye’s Cheval Turc.

The most common of his statues on the open market today are his animals of the cat family, often powerfully modelled in a manner that seems to anticipate the forms and style of the 1910 to 1930 period.

His son Jules- Edmond Masson also became a sculptor and studied under his father.