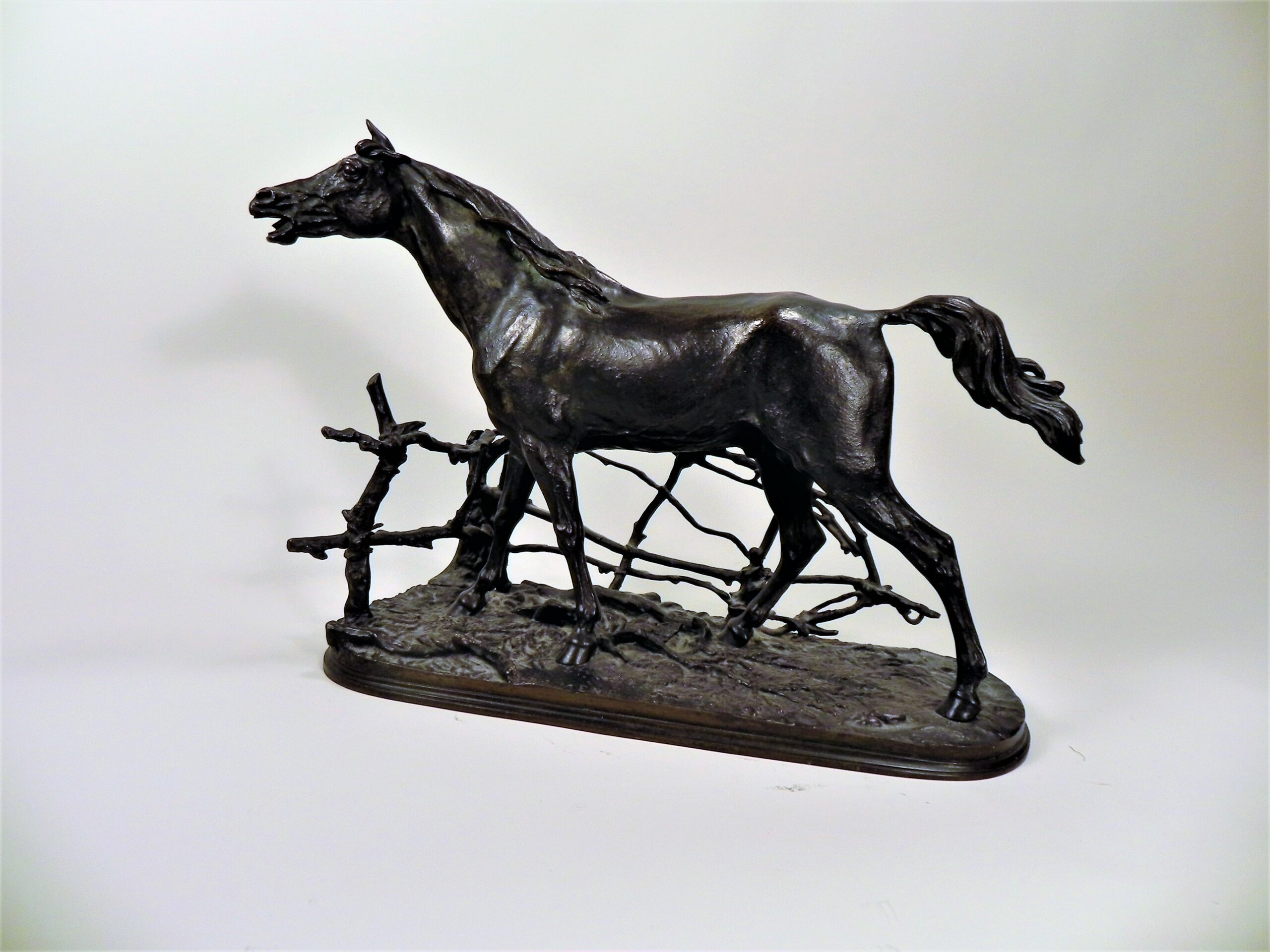 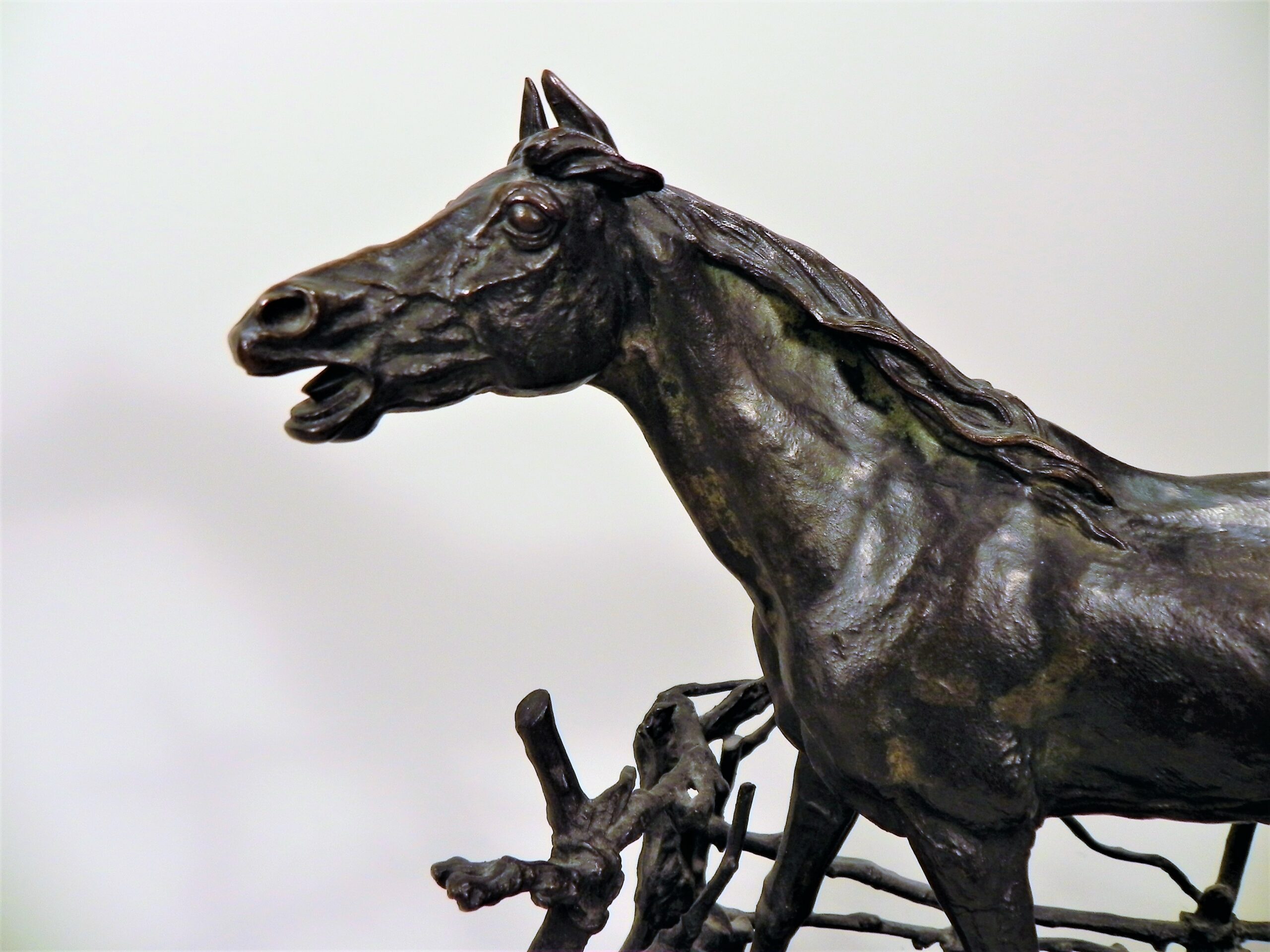 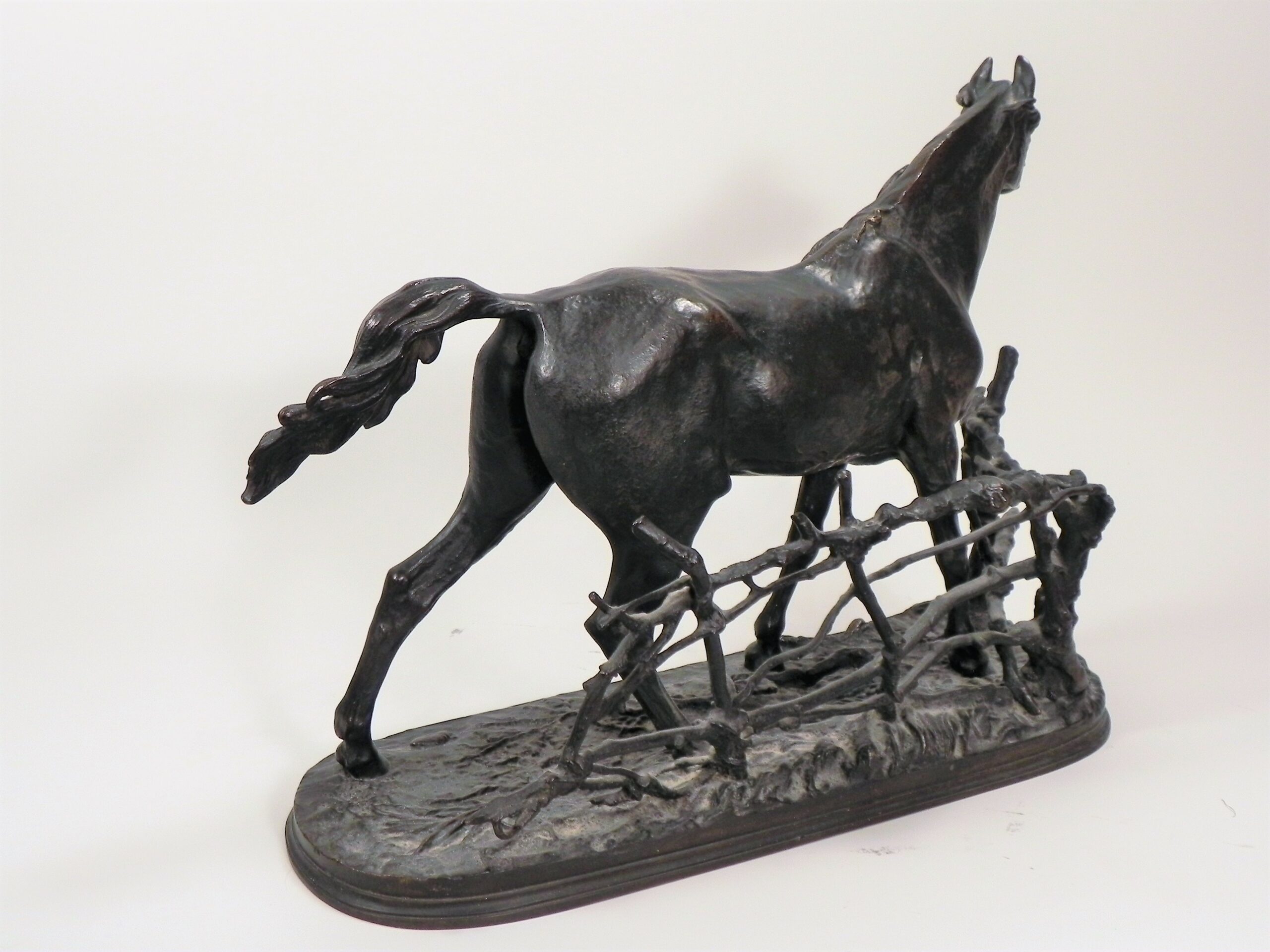 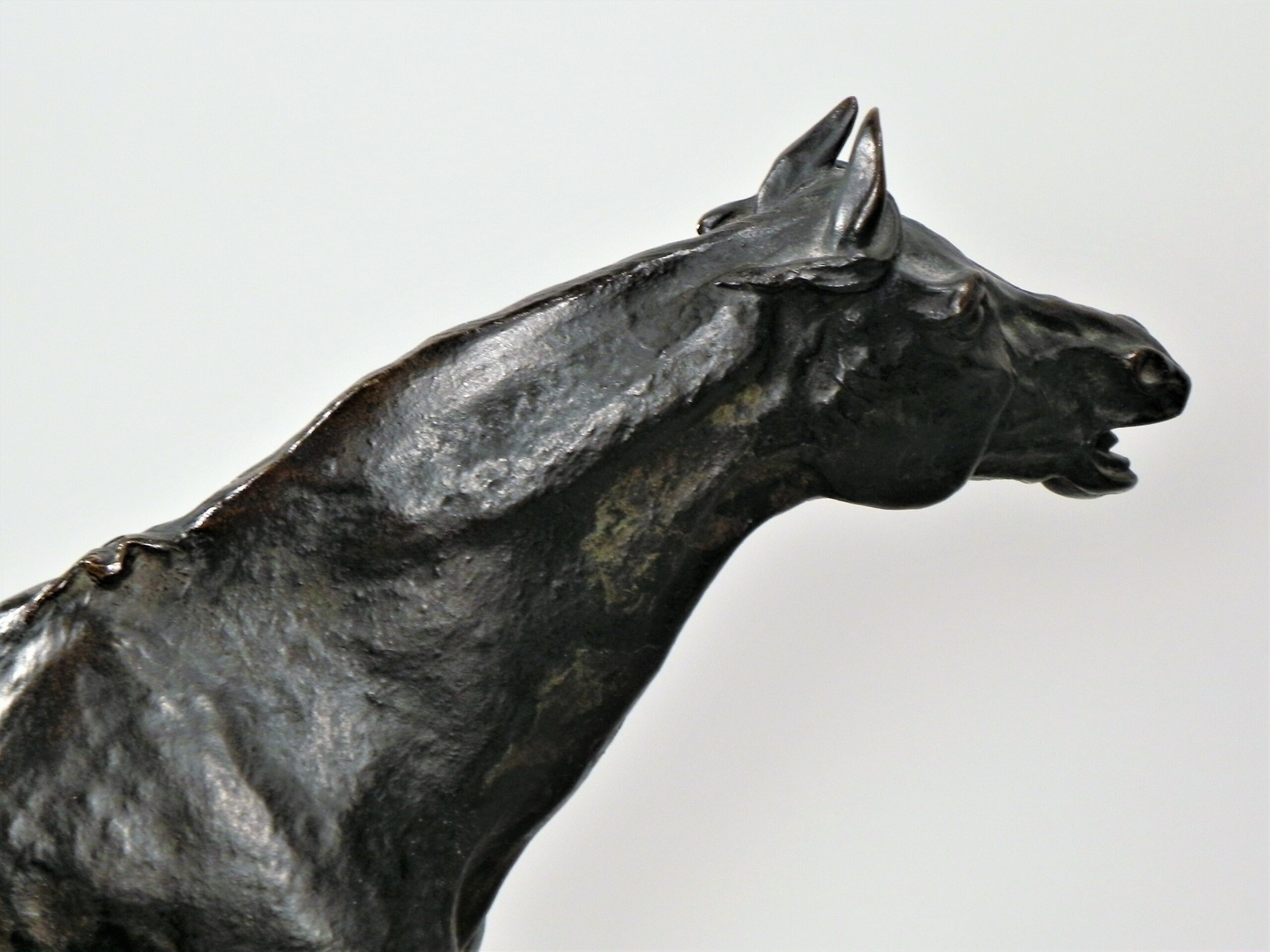 A French bronze horse with a dark patina with brown undertones entitled 'Djinn étalon arabe' cast from the model by Pierre-Jules Mène (1810-1879), second half 19th century. On the naturalistic base the signature of P.J. MÊNE and dated 1846. Djinn, étalon Arabe, or as it's perhaps better known, Cheval à la barrière, was first shown at the 1849 Salon. A fine study of a stallion, the model was edited in two sizes, the present cast being an example of the larger version.