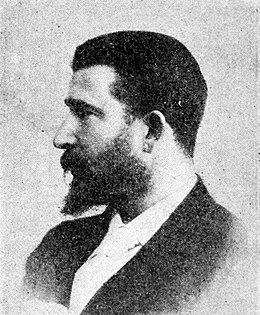 A painter of mythological scenes, allegorical subjects, portraits and landscapes, Paul Quinsac was a pupil of Jean-Léon Gérôme and was resolutely traditionalist, not to say academic. Paul Quinsac was nicknamed "the painter of Bordeaux elegance". He exhibited for the first time in Paris at the Salon of 1880 and continued to do so when it was renamed the Salon des Artistes Français. He became a member in 1887.
Paul Quinsac settled in Montmartre from 1880 to 1886, during which time he worked as an illustrator for the Courrier-Français. A talented advertiser, he created numerous posters.
In 1887, Quinsac returned to Bordeaux, where he received numerous commissions, including decorations for the library of Henri Bordes, for which he created the Apotheosis of Gutenberg in 1894, and also for the Château Bourran, the Prefecture and the Savings Bank.
In 1889, he was awarded a third category medal at the Universal Exhibition and a travel grant.
In 1901, he became a professor of painting and drawing for the upper class at the Bordeaux School of Fine Arts and trained a considerable number of Bordeaux artists.
In 1906, he was president of the first Bordeaux exhibition called l'Atelier, which brought together local artists who were ardent defenders of the academic style.
He was named Chevalier de la Légion d'Honneur in 1908. In 1925, he was admitted to the Académie nationale des sciences, belles-lettres et arts de Bordeaux.
The Musée de Beaux-Arts de Bordeaux holds the Portrait of Madame Seigne.