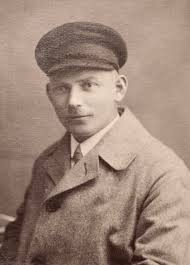 After primary school, Reißmann attended the industrial and trade school in Neustadt. At Easter 1905 he went to Dresden, where he attended the arts and crafts school for three years until he was admitted to the Academy of Fine Arts in 1908. As a result of the First World War, from which he returned as a lieutenant, he first had to cure a lung ailment before he could set up his own studio in Dresden. Here he worked with artistic and economic success until he lost all his possessions in the air raids on Dresden on 13 February 1945 and returned to his home town penniless. In Neustadt he mainly created figures for the local toy industry as well as small sculptures and reliefs.

His honours include a silver and gold state medal, awarded to Reißmann by the Academy of Fine Arts.