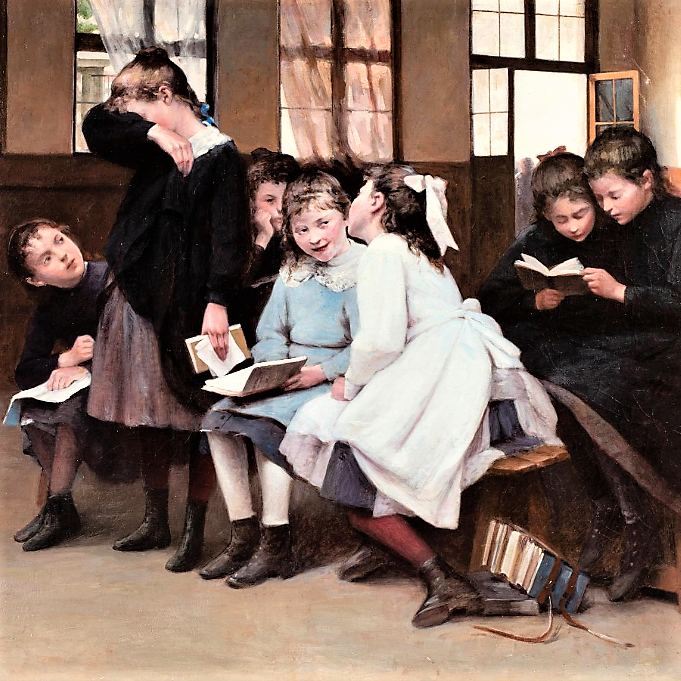 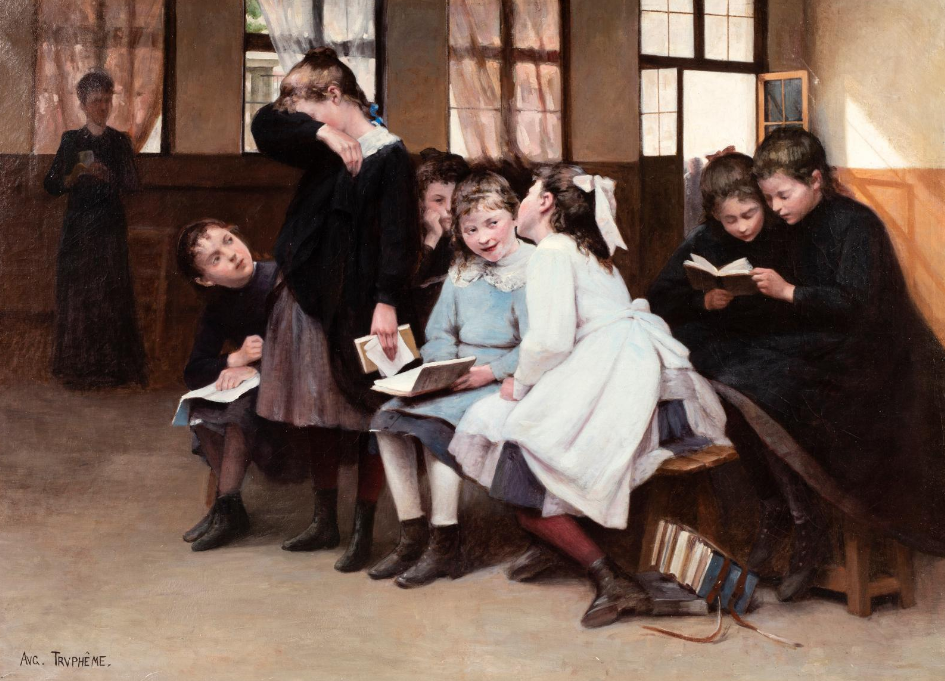 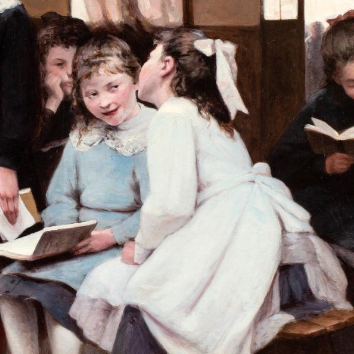 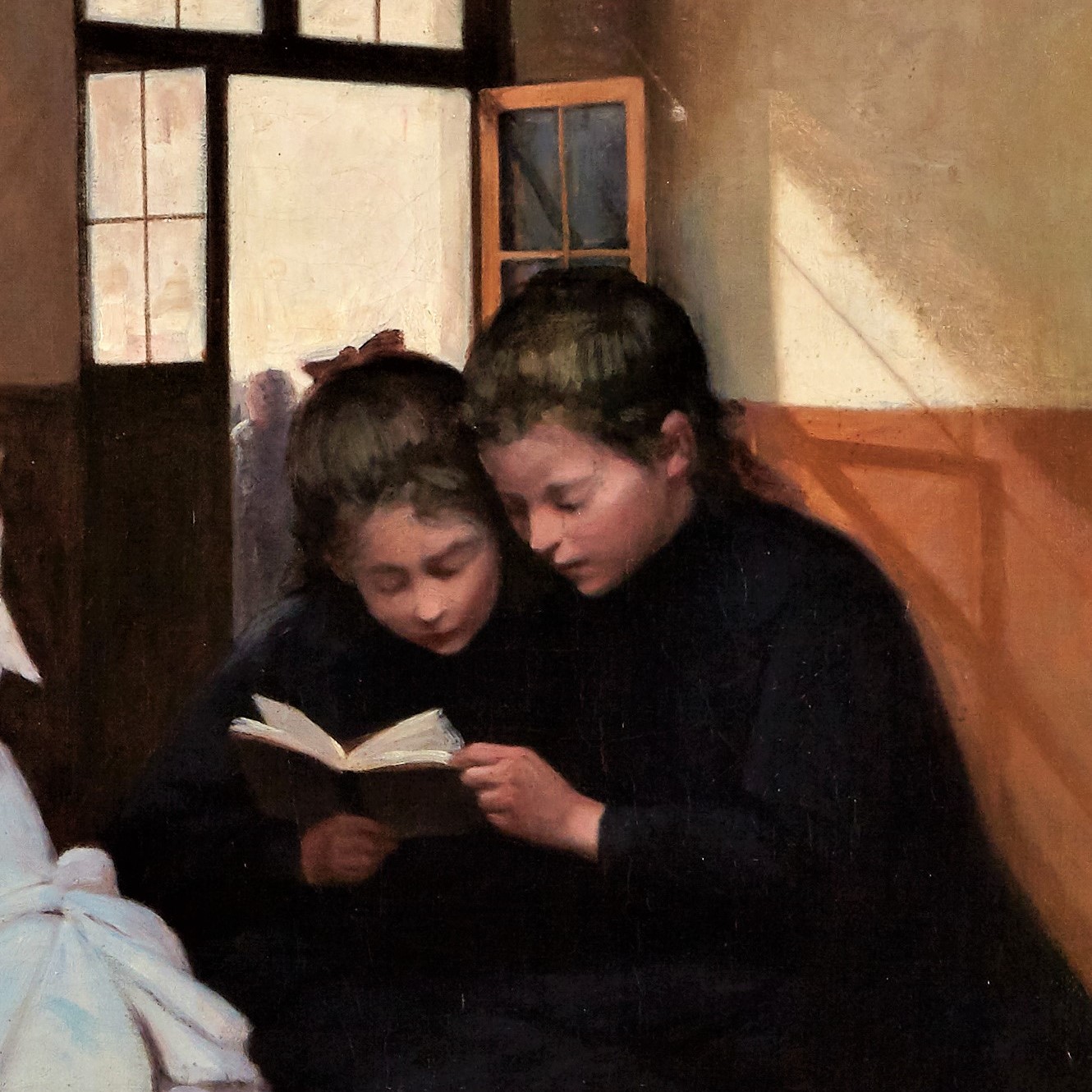 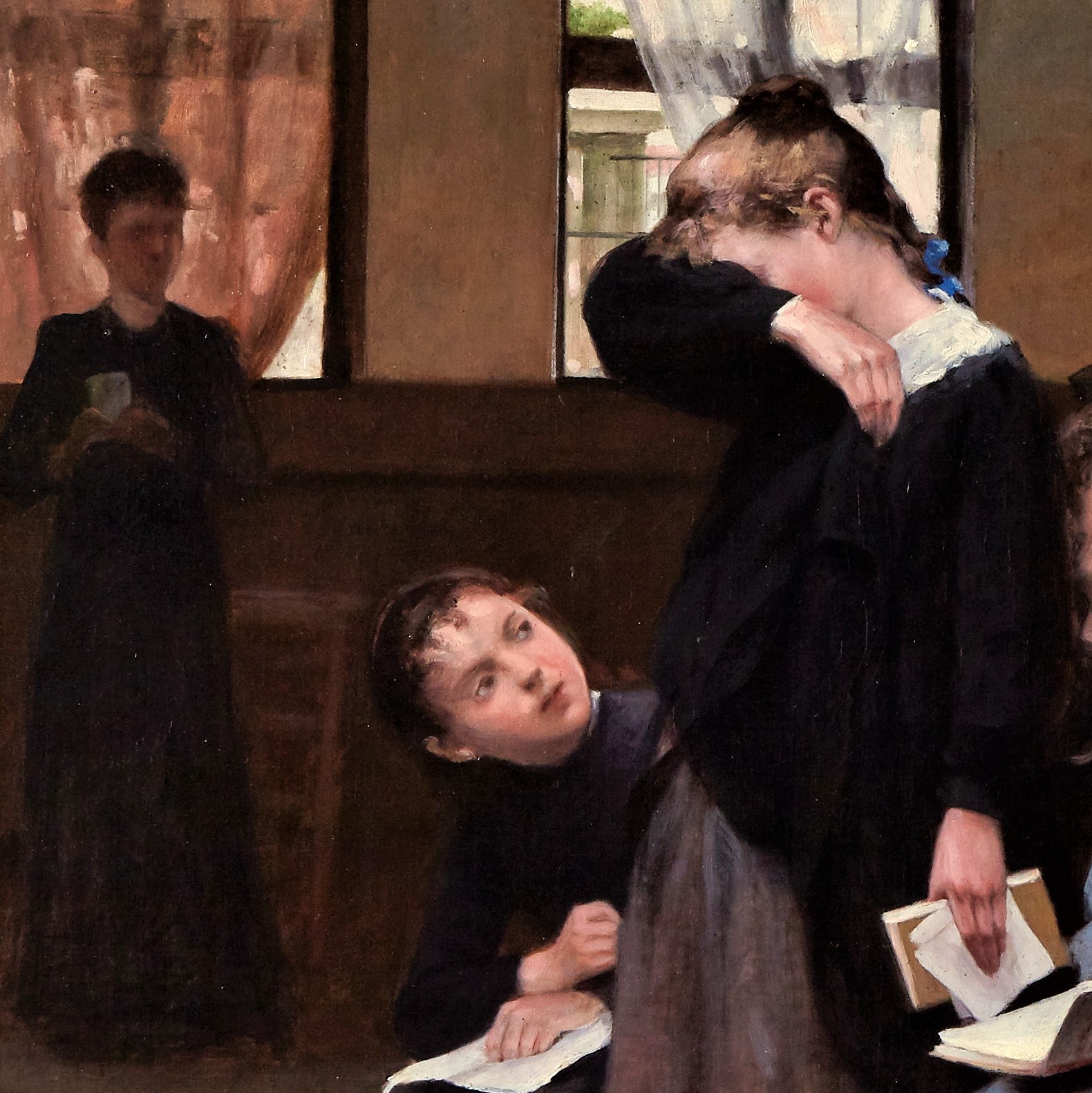 A larger version of this painting (145 x 207 cm) was presented by the artist at the Salon des Artistes Français in 1888. The originality of its subject and composition contributed to its success and the painting was acquired at the Salon by the city of Paris on 24/7/1888. The Painting belongs to the permanent exposition of Le Petit Palais, musée des Beaux-arts de la Ville de Paris. It can be admired on the ground floor (room 4) of the museum. As was often the case with successful paintings, the artist created a number of copies on a smaller scale for acquisition by wealthy citizens.