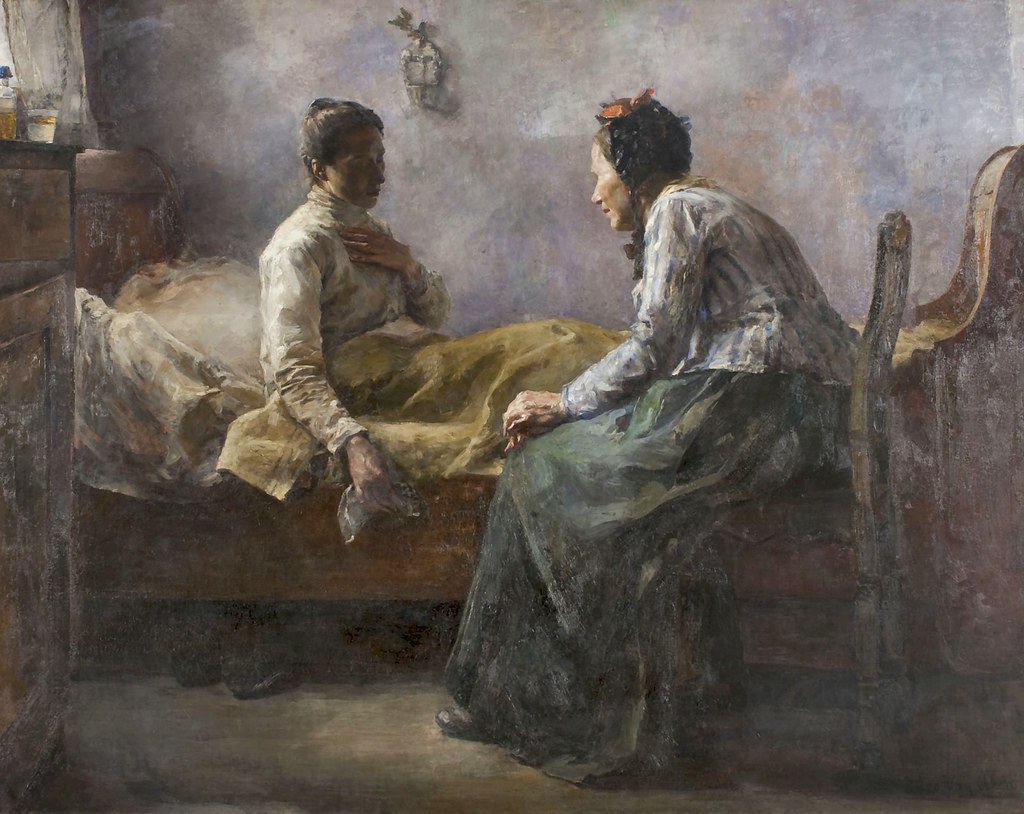 Leo van Aken was a Belgian painter who specialized in historical painting, interiors, and still lives.
He received his training in his native city of Antwerp and worked mainly with Polydore Beaufaux, a Belgian artist who excelled in painting historical subjects. He was also a pupil of the painter Louis Hendrix (1827-1888).
Leo van Aken painted interior scenes and scenes of everyday life of the population in the style of Alexandre Struys, one of the most important Belgian exponents of naturalistic painting with a social slant.

By 1880, a bourgeoisie who was uninterested in historical issues bowed towards more social concerns and, along with medical advances, painting embarked on social realism. Miserable and sordid environments, scenes of hospitals, became a bourgeois taste.

In February 1891 he was one of the founders of the Antwerp circle "Les XIII", consisting of former members of the group "Als ik Kan" (If I can). In 1889, he exhibited at the Paris Salon, where he received an honourable mention.
At the Fine Arts Exhibition in Barcelona in 1898, he was awarded a first category medal for his painting "Human Misery". It was purchased by the city and currently belongs to the collection of the National Museum of Catalonia.