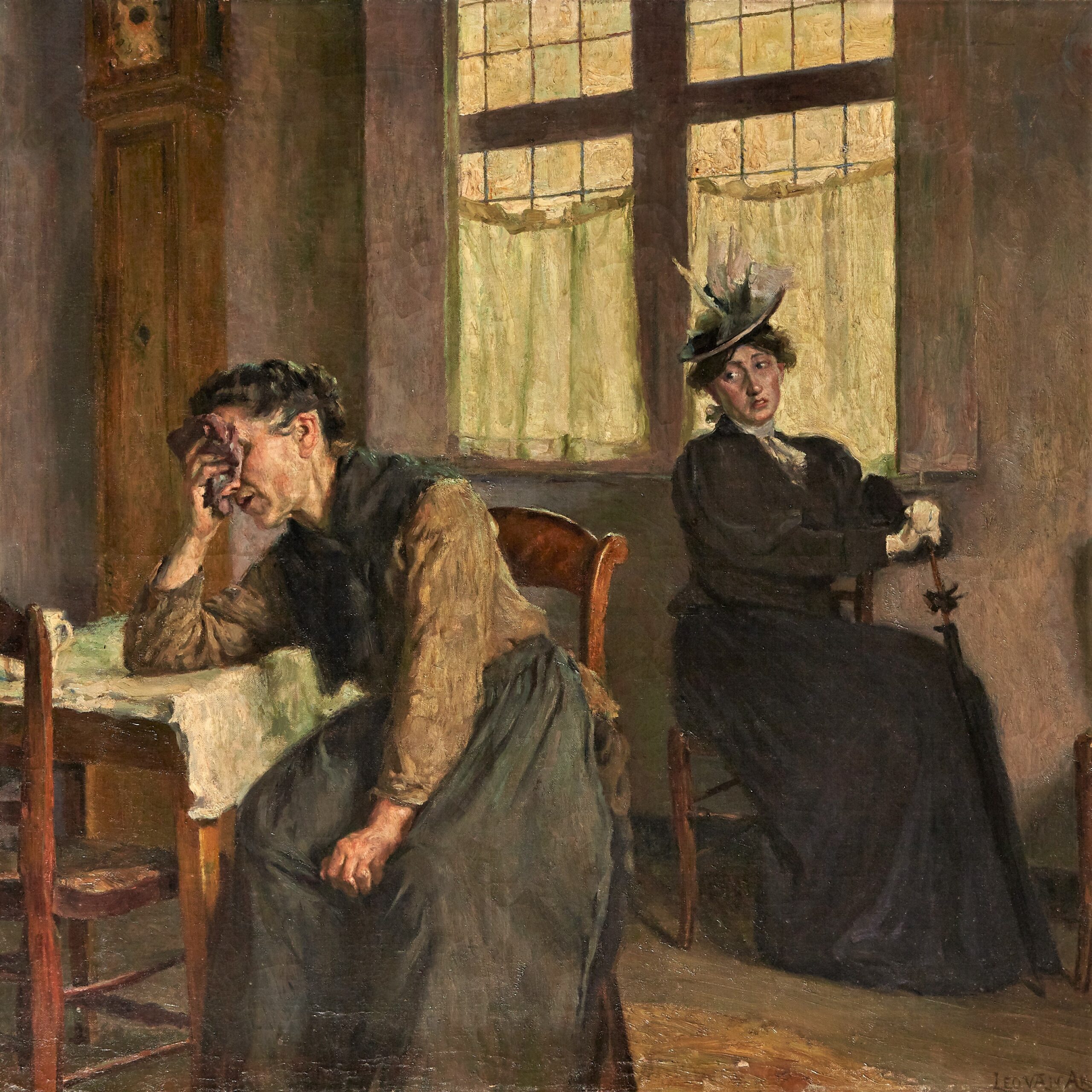 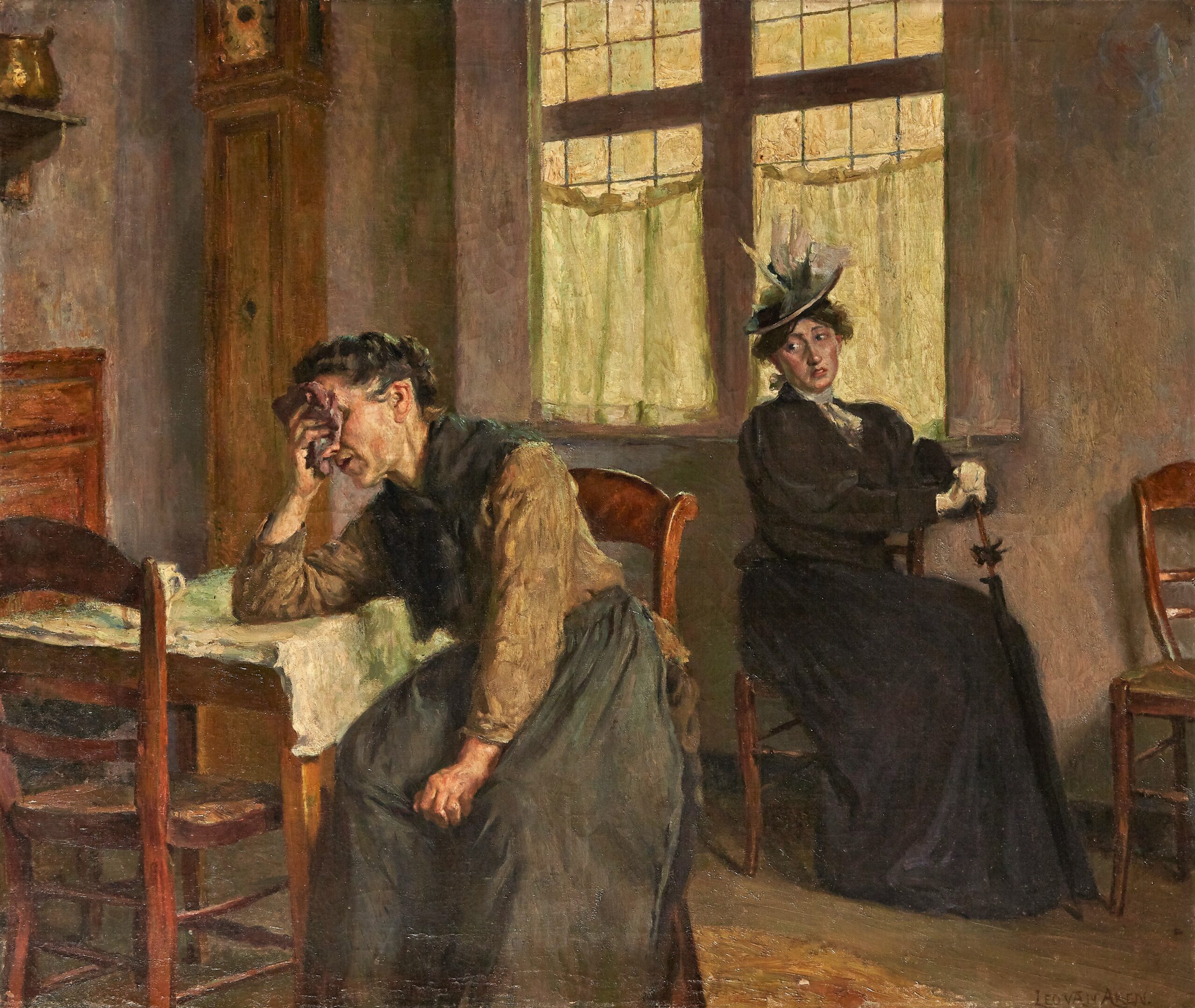 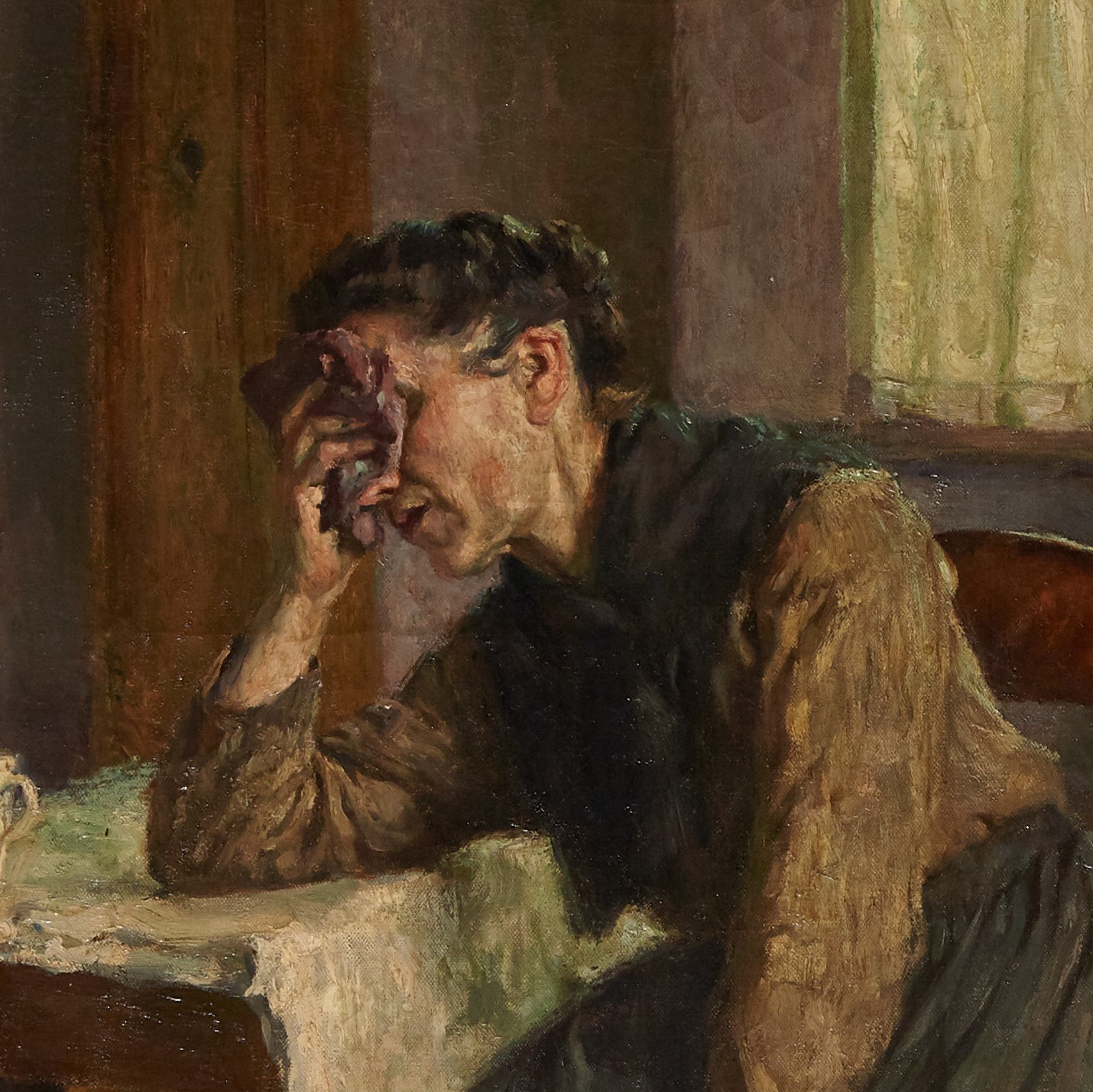 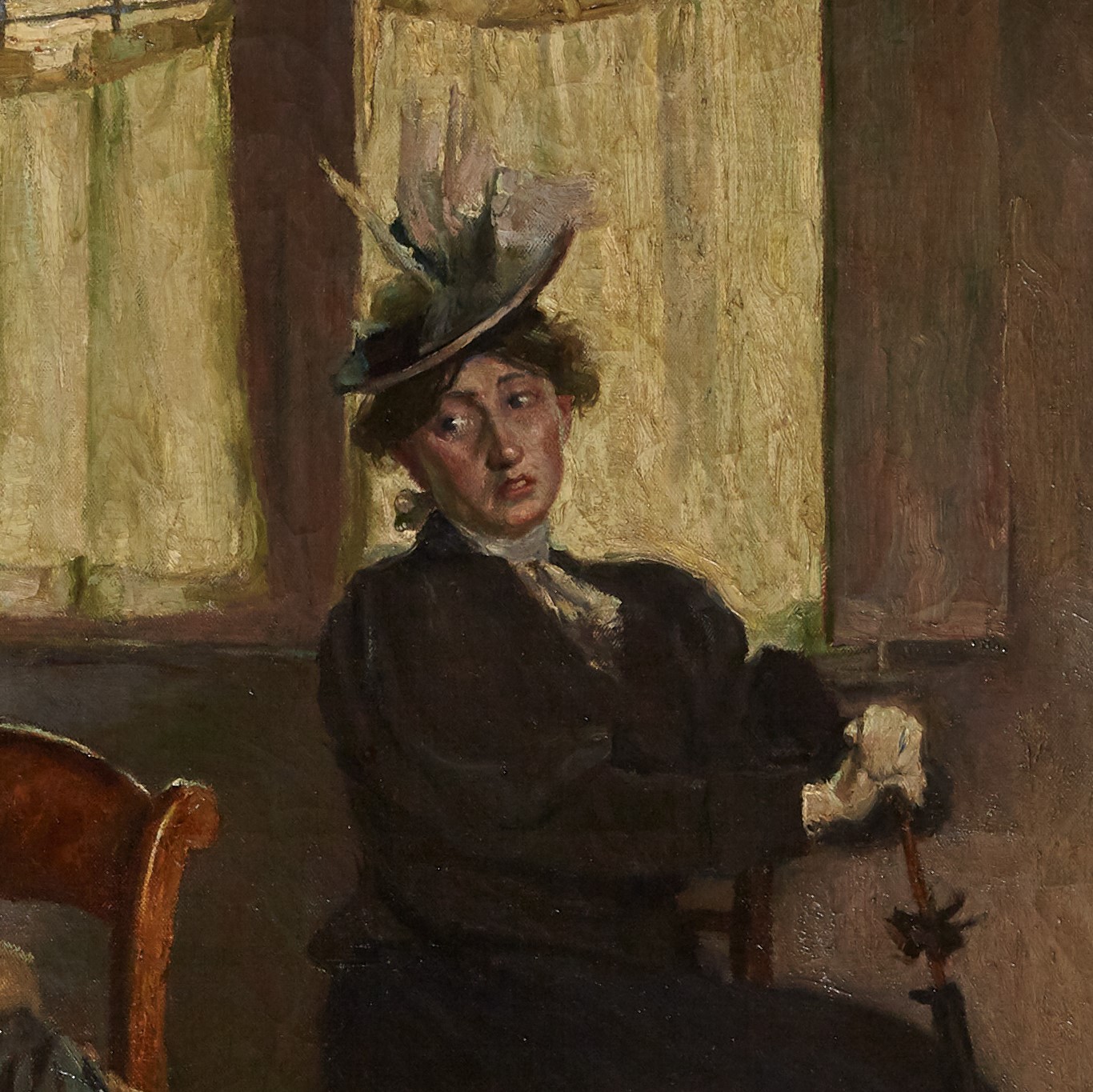 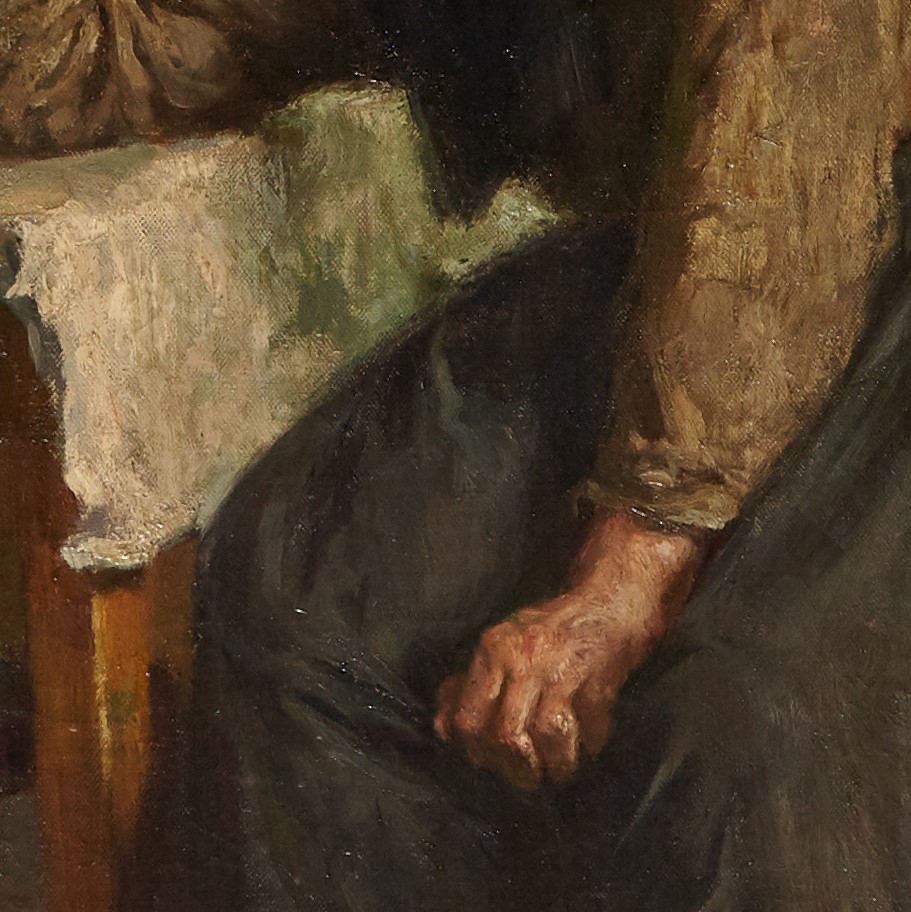 Mater Dolorosa is part of a series of paintings which Leo Van Aken developed around the theme of suffering. It was conceived around the same time Leo Van Aken painted "Human Misery", which was acquired by the city of Barcelona and which is now part of the collection of the Museum of Catalonia.

Mater Dolorosa was exhibited (as entry 1207) in Munich, during the  8th  "Internationale Kunstausstellung of 1901 (between June 1st and the end of October), which was held in the Konigliche Glaspalast.