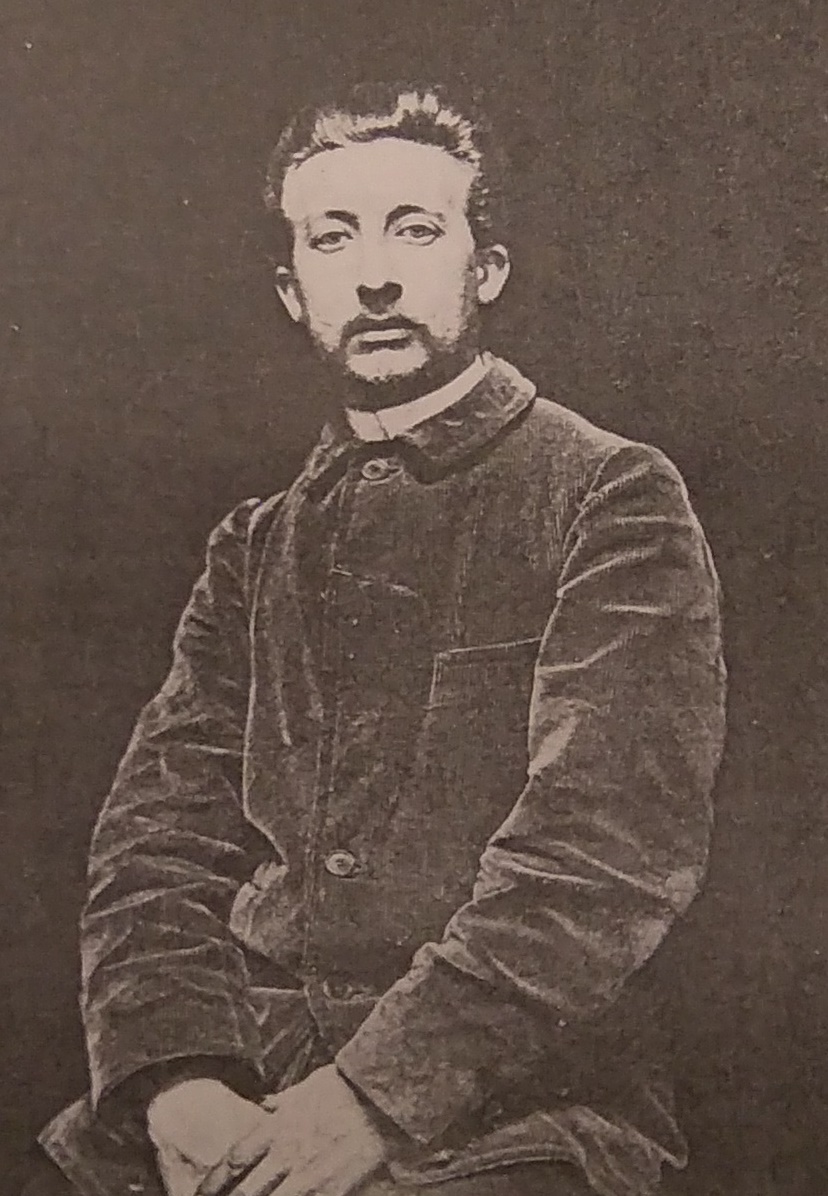 André Vermare was the son of Pierre Vermare, who ran a business in religious objects and sculptures, and Anna Pétreling. Thanks to this artistic background, he developed an early interest in art and inherited a certain talent for religious and classical representations.

Aspiring to become a sculptor at the National School of Fine Arts in Lyon in 1885, he was admitted the following year and became a student of Charles Dufraine. He received his first award there in 1889, a gold medal.

In Paris, in 1891, he was admitted to the École des Beaux Arts and became a student of Alexandre Falguière, Laurent Marqueste and Alfred-Désiré Lanson. He exhibited at the Salon de la Société des artistes français in 1892 and received an honourable mention. After winning a second Grand Prix de Rome in 1897 for Orpheus and Eurydice, he was awarded the First Prix de Rome in 1899 for Adam and Eve finding the body of Abel.

Following his first prize, he stayed in Rome at the Villa Medici between 1900 and 1903. All his works were purchased by the State. One of his most masterful works was Le Rhône et la Saône, which was placed at the entrance to the Palais de la Bourse in Lyon. This sculpture earned Vermare the second medal of the 1905 Salon.

In 1906, he finally won the first medal of the Salon with his group Les Vendanges. That same year, he was awarded a prize, out of competition, by the Académie des Beaux Arts, and he became a member of the jury of the Salon and of the École des Beaux Arts.

In the 1900s, Vermare took a Polish butcher's daughter who had settled in Paris as a model for his statue of Joan of Arc. They eventually got married before meeting Pope Pius X to present him with the statue of the French saint.

André Vermare collaborated with his father and brother, Frédéric, in the family business, Maison Vermare - Statuary, goldsmiths, ornaments, bronzes and produced several religious statues. He accepts many other commissions and has a national career while producing a lot in Lyon. The Manufacture de Sèvres created several ceramics based on his work.

Between 1906 and 1910, he bought a farm and land on the Ile-de-Bréhat at a place called Pen-ar-Bout where he built a summer residence. In the 1930s, he sold his house in Auteuil, the Villa Montmorency, and retired permanently to Bréhat, where he died on 7 August 1949.