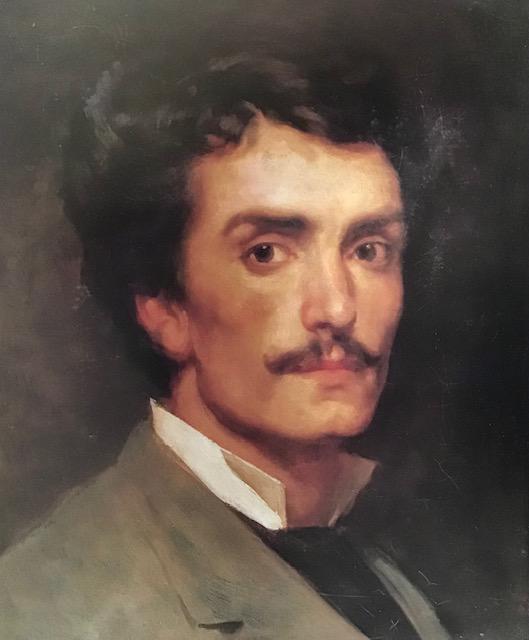 Demetrio Cosola lived his entire short life between Chivasso and Turin. At the age of eighteen he entered the Accademia Albertina in Turin, where he became a pupil of Gamba, Gastaldi and Gili, and from 1883 (he was then only thirty-two) an assistant to Gastaldi. He later taught at the Accademia Albertina himself, but preferred "playing billiards in the Turin cafes and good Piedmontese wine." Cosola's output, relative to his short life, was large: he painted about 200 landscapes, as many portraits, about a hundred paintings of various subjects, and made many drawings and sketches. In his works Cosola stands out for a special delicacy and brightness of color, for the deep attention, more psychological than visual, with which he portrays the characters, even if they are not always (famous) personalities. He showed the ability to create characteristic groups of people in small paintings more reminiscent of the Florentine painting of his time than of Piedmontese painting, and in which his fellow citizens could easily recognize friends, neighbors, playmates or workmates. However, the portraits, landscapes, genre paintings and the numerous drawings and sketches give us sufficient documentation to count Cosola among the most important figures of Piedmontese nineteenth-century painting.
Scroll To Top
© Chastelain & Butes