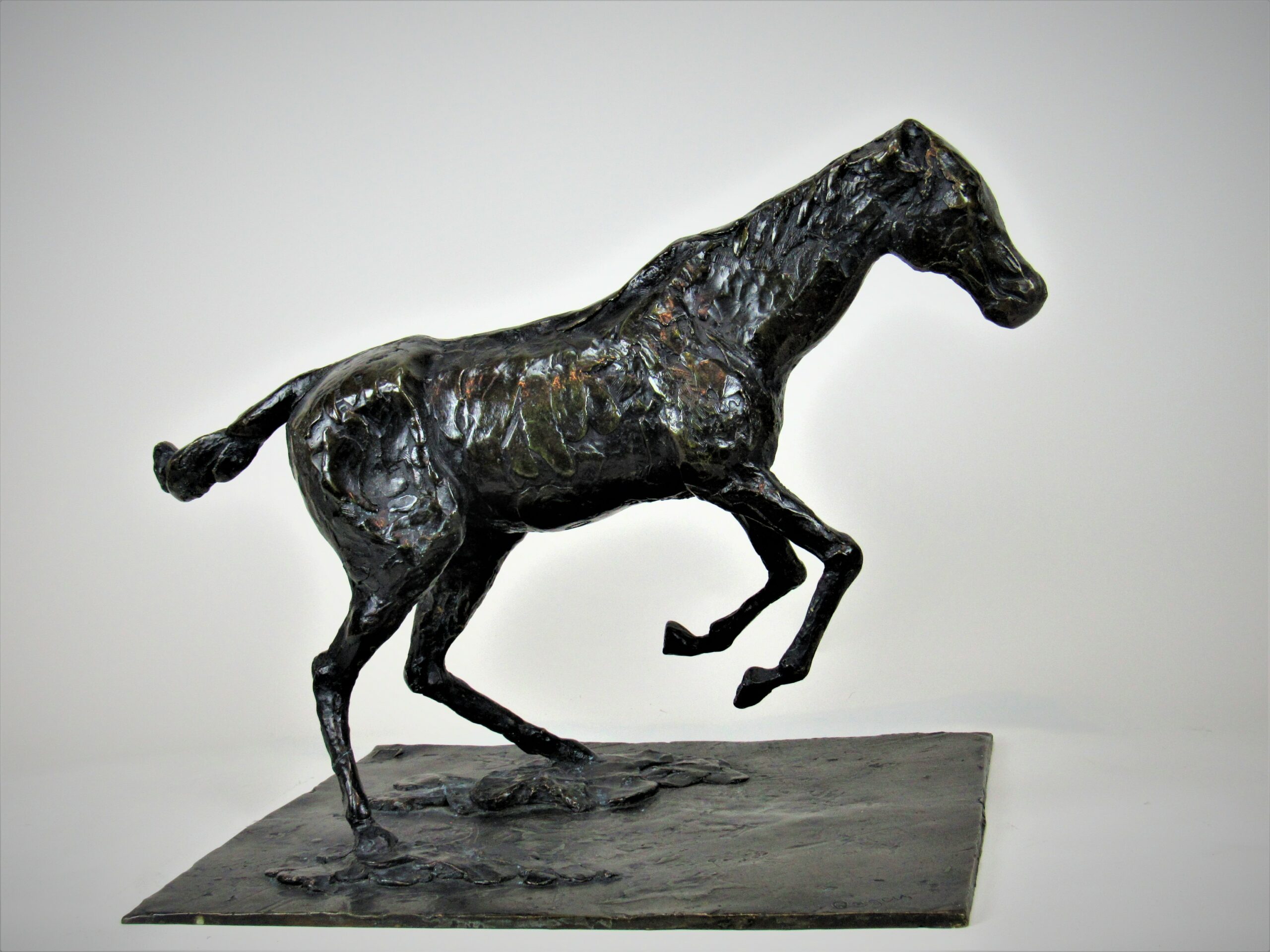 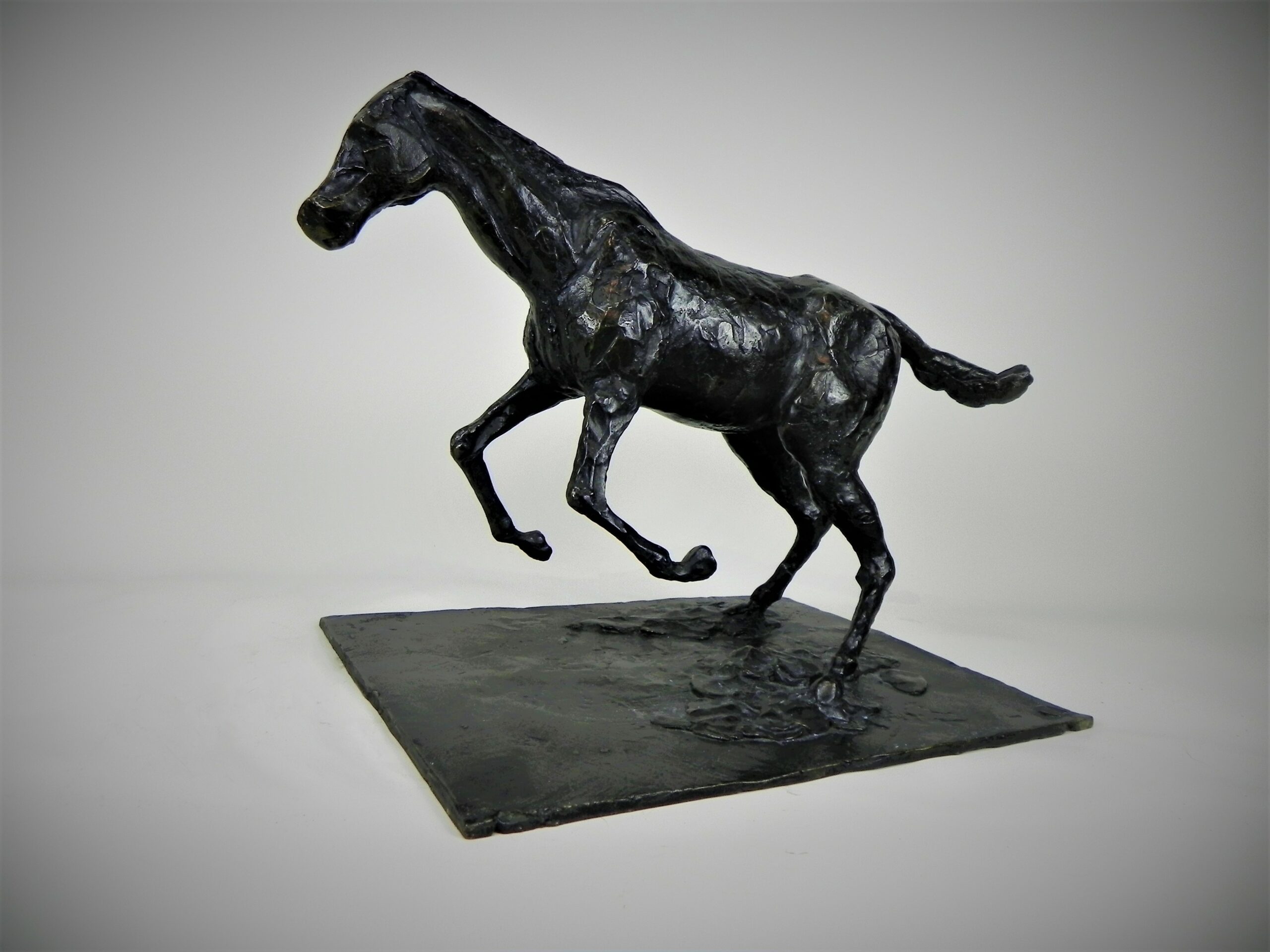 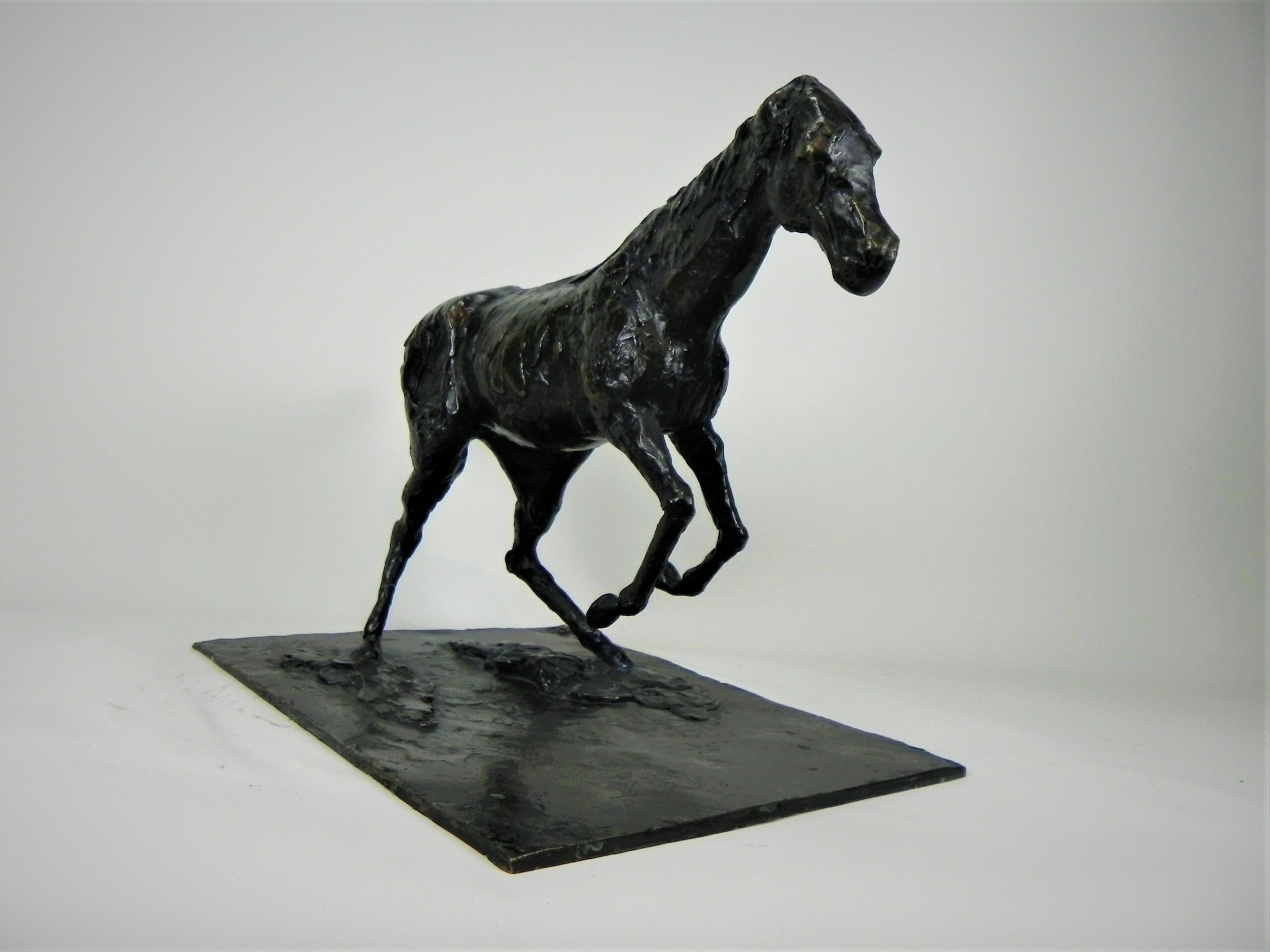 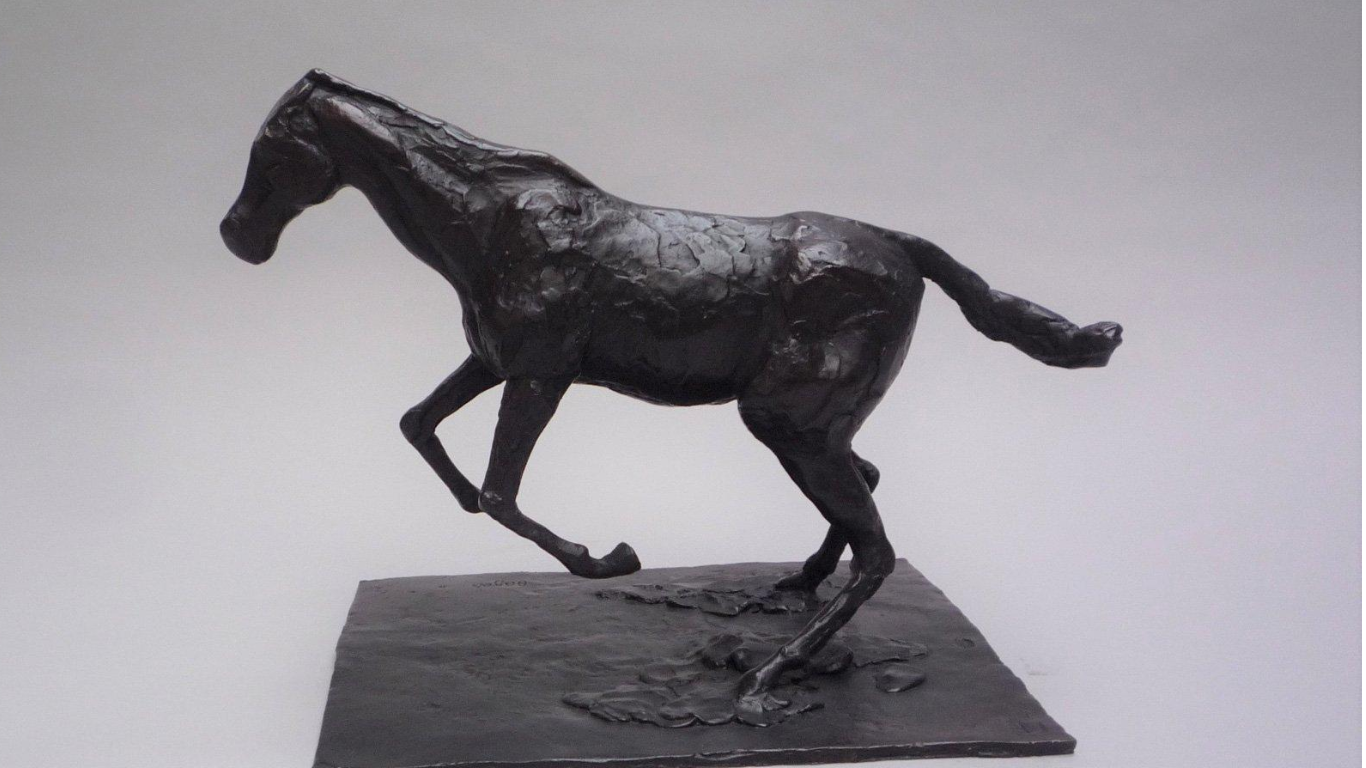 Bronze with dark brown green patina bearing the stamp of the signature "Degas", numbered IV/IX and dated 1998
Posthumous lost wax casting as of 1998. Stamp of Valsuani.

The work is a sought-after rarity in terms of Degas’ sculptures. This bronze is distinguished by the fact that it is a Valsuani bronze, meaning it faithfully records Degas’ wax version’s as it appeared at the time of its creation. Most Degas' bronzes that are found on the market were cast by Hébrard – these serialized bronzes are surmoulages, or “aftercasts,” that were cast from the modèle bronzes currently in the Norton Simon Museum (Pasadena). Because these bronzes are second generation, they are smaller and far less detailed than the current bronze.

This example, however, was cast by Valsuani from a plaster that was taken directly from Degas’ waxes, according to scholarship by the art historian Dr. Gregory Hedberg. These plasters were created by Degas’ sculptor friend Albert Bartholomé shortly after Degas completed his wax figurines. Thus, they record the earliest versions of Degas’ wax sculptures, before they were damaged by time or handling, and before Degas himself altered the works. The Hébrard bronzes, on the other hand, actually represent Degas’ reworking of the original sculptures.

Because they are cast directly from the plaster, the Valsuani bronzes are also larger, crisper, and more highly defined than the Hébrard bronzes. Since the original plasters were discovered in the 1990s, similar Valsuani bronzes have been exhibited around the world, including The Hermitage (St. Petersburg) and the Minneapolis Institute of Art.

A certificate from the Edgar Degas Committee will be given to the purchaser. This bronze was produced from a master plaster cast, owned by the Valsuani Foundry, created from the original wax executed by Degas and cast by the Chevreuse Foundry (successor of the Valsuani foundry).