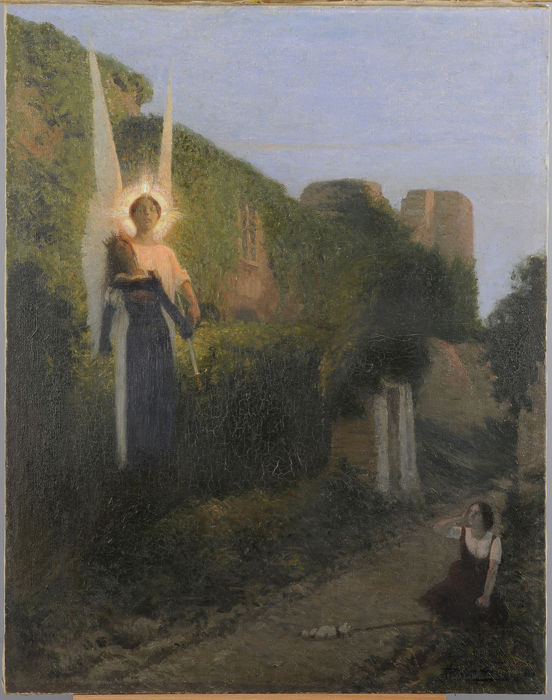 Fournier was a French painter who studied under Jean-Paul Laurens and exhibited regularly at the Salon des Artistes Français. He was a painter of genre-scenes, which play tribute to family life. He also produces a series of paintings on the life of peasants in the Anjou region. In some of his paintings he approaches Symbolism (as is the case in our painting "La jeune mère"). In the same style he also painted some diaphanous nudes and religious paintings (Saint Cecilia and a young girl having a vision of an angel intituled Va! (Go!), which was exhibited 'hors concours' at the Salon des Artistes Français in 1910. In Paris, he was awarded a bronze medal at the Exposition Universelle of 1889, a silver medal in 1890 and another bronze medal in 1900. In 1903, he became member of the Societé des Artistes Français