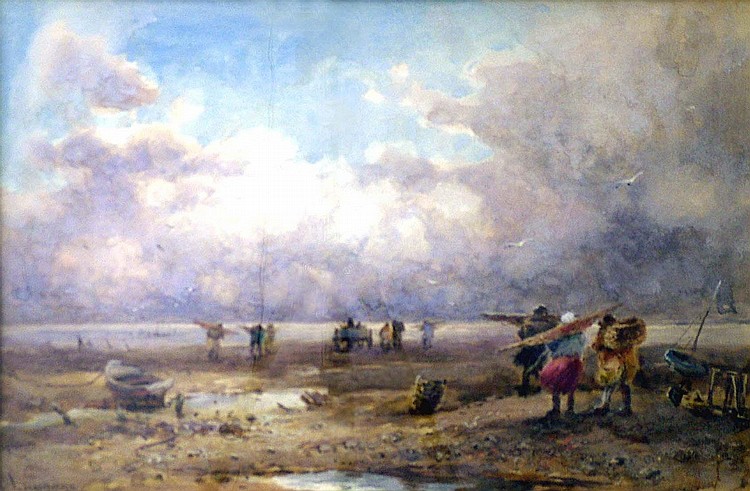 William Manners (1860-1930) was a Yorkshire artist, born in Bradford. He was a self-taught oil and watercolour landscape and rural genre painter. He lived in Otley before moving to The Lake District, where many of his scenes are painted.

He lived in Bradford and Otley until around 1900 when he moved to the Lake District. He lived then in the Ulverston and Kendal areas, where the surrounding landscape provided inspiration for much of his later work.

He exhibited occasionally at the Royal Academy and Royal Scottish Academy, Royal Birmingham Society of Artists, and more regularly at the Royal Society of British Artists (RBA), and was elected a Member of the RBA in 1893.  His work was also exhibited at the Walker Gallery in Liverpool and Manchester Academy of Fine Arts.

His work can be found in the permanent collections at the Abbot Hall Gallery, Kendal; Kirklees Museums and Galleries; and in the Melbourne National Gallery in Australia.