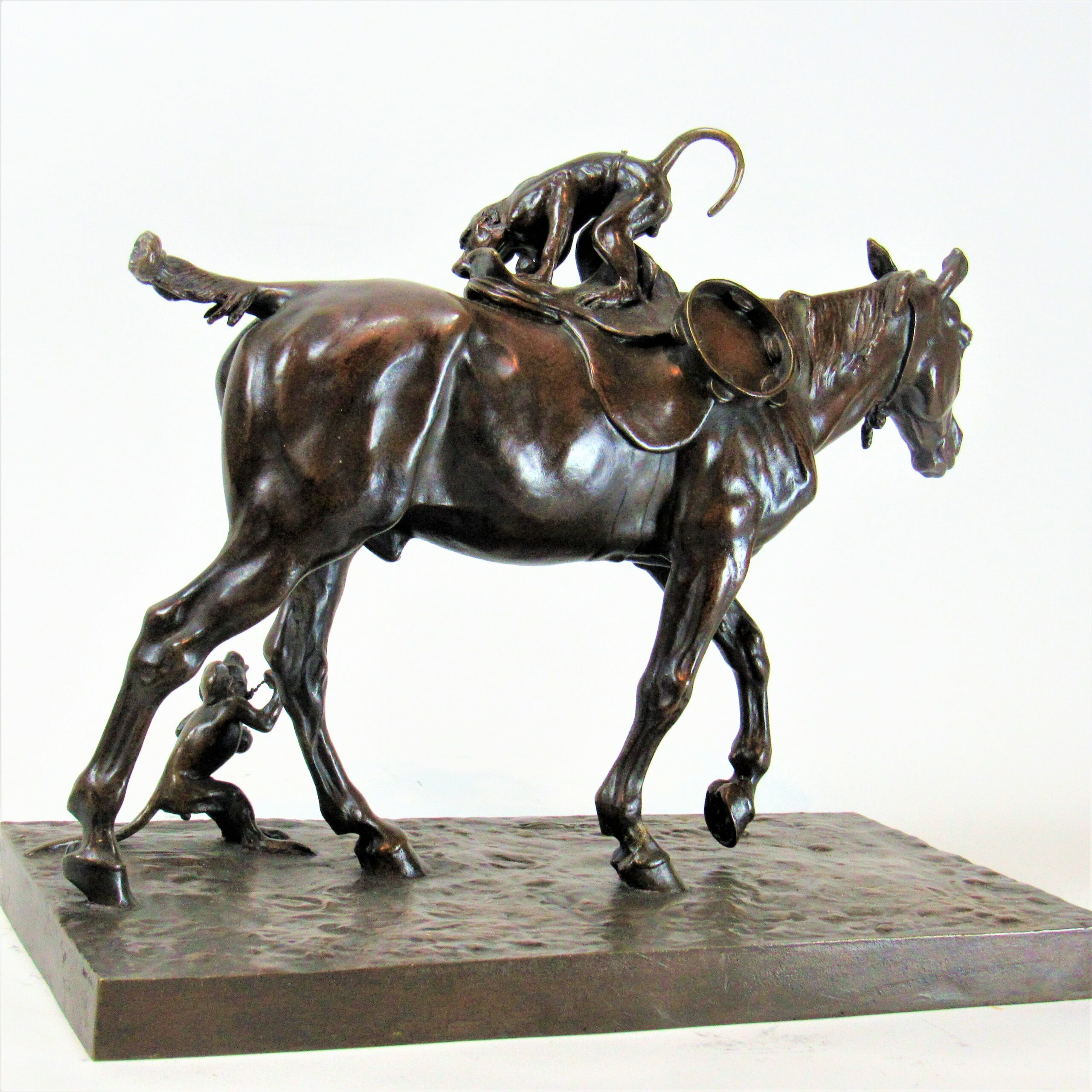 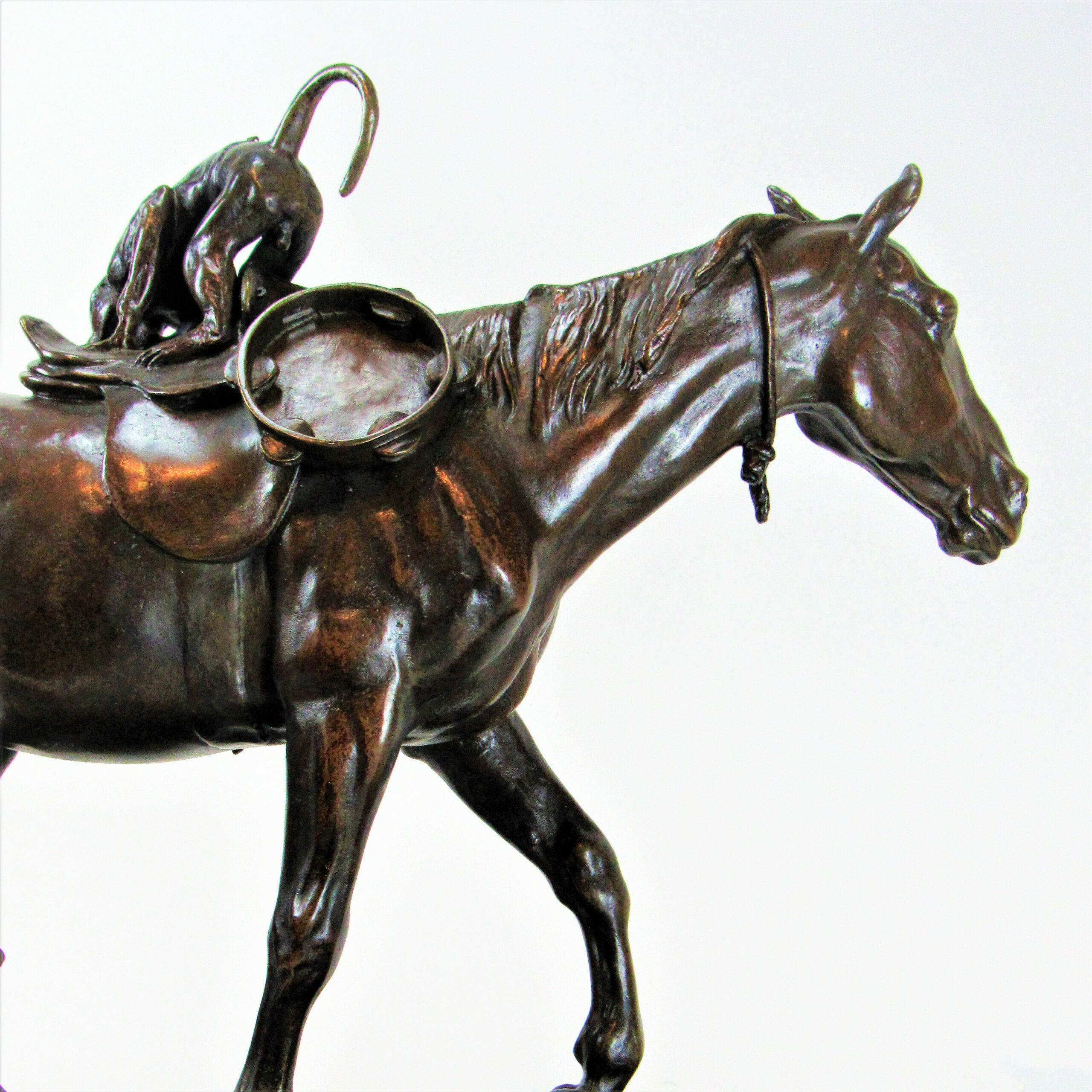 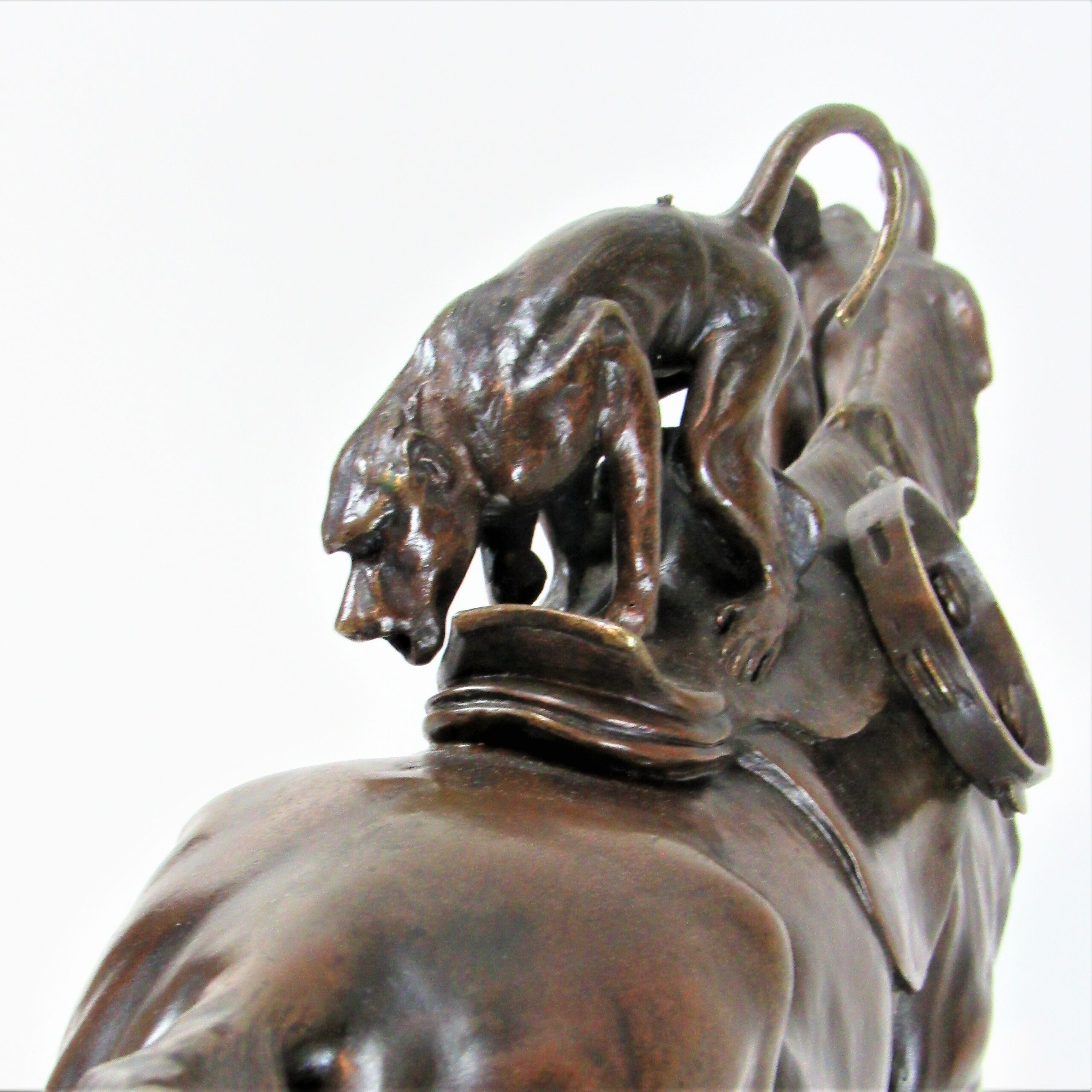 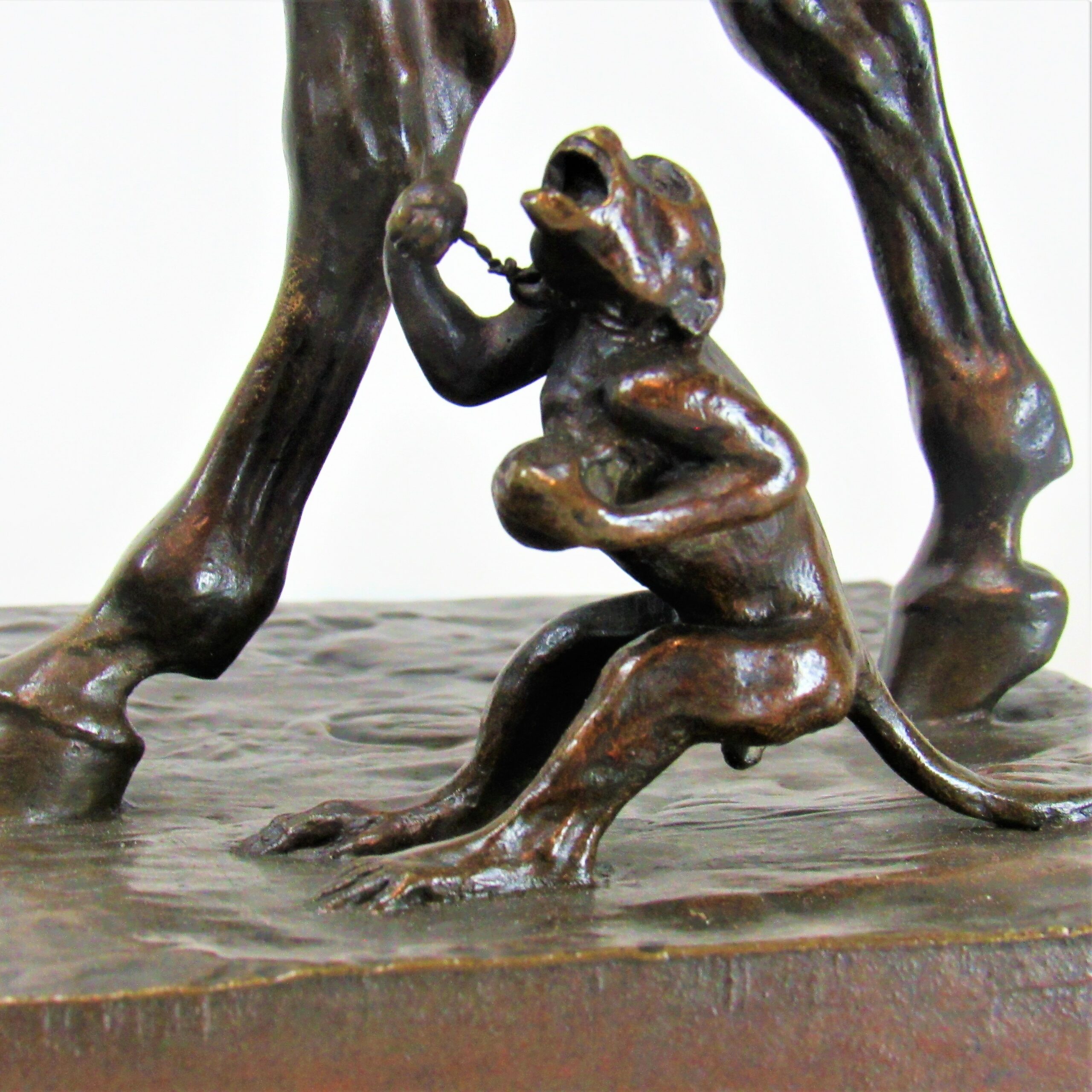 As early as 1900, Vimar started to create sculptures. His reputation as an illustrator and painter was at its peak.His sculptures are often very dynamic (like this bronze), but also "la ruade" (where a horse tramples a dog) or "cheval échappé" where a bulldog tries to grab the reins of an escaped stallion. Rather than illustrating a static and simple scene, Vimar reproduces a complex situation with a lot of activity that gives off the same atmosphere that is also found in his book illustrations. Even though they were an immediate success and very popular with the public, these statues were technically difficult and quite expensive to produce. As a result, there are not many copies and these statues rarely come on the market.